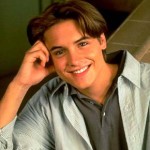 With Thundercats 2011 still a few months away, let’s take a look at one of the voice actors for the series. We had previously featured the voice of Cheetara; Emmanuelle Chriqui. Today we’re going to take a look at Will Friedle, who will be voicing Lion-O in the new series.

Read on to find out more about this versatile actor. Will Friedle

Cartoon fans really need no introduction to Will Friedle. His role as Batman in Batman Beyond, as well as appearances in numerous other DC Comics animates shows, has made him one of the most recognizable voice actors working today. He has had numerous appearances in video games as well as numerous cartoons and animated movies.

Fans of 90’s TV will recognize him as the brother from Boy Meets World, but he has settled nicely into the voice acting business. With his role as Lion-O, Friedle is further cementing his stature as a top flight voice talent. He can currently be heard as Blue Beatle in Batman: The Brave And The Bold, so you can get a double does of his voice range on Cartoon Network once Thundercats launches.