We got a press release from Mezco about a Lion-O give-away at San Diego Comic-Con 2011.

Mezco Toyz thrilled fans of ThunderCats this year at the world famous New York International Toy Fair this year when they announced they would be making the first ever Mega Scale Lion-O ThunderCats action figure.

Featuring 7 points of articulation this mega figure is superbly detailed, perfectly capturing not only the iconic look of Lion-O as he appeared in the classic television series, but the essence, of Lion-O as he proudly raises the mystic Sword of Omens towards the heavens and roars out “Thundercats, Ho!” He comes complete with his impressive Claw Shield and a removable mystic Sword Of Omens.

Lion-O is packaged in a collector friendly window box that allows him to be displayed while remaining Mint In Box.

In an move sure to thrill fans, MezcoDirect.com is teaming up with MTV Geek for a giveaway that is unprecedented. Says Mezco’s Director Of Special Projects, Mike Drake, “Mezco will be supplying MTV Geek with not only a Lion-O to use as a Give Away, but the Lion-O prototype/ test shot as well. Mezco’s prototypes / test shots are highly sought after by collectors and many end up displayed in museums, our King Kong has a dedicated display case in NY’s prestigious Museum Of The Moving Image. We actually turned down the requests of three museums so that we could supply Lion-O to MTV Geek for this giveaway”.

Fans and collectors wishing to try their hand at winning MTV’s Giveaway should read the following:

Dates for the MTV Geek Giveaway:

Winner will be announced the following week.

To Enter: During the Sweepstakes Period, go to

MezcoDirect.com will also be giving away a second finished Lion-O (but not a prototype/ test shot).

To enter the Mezco portion of the giveaway, simply visit :

and sign up for the Mezco newsletter before July 23th, 2011.

A winner will be selected the following week.

Also, the lawyers would like to remind everyone of the following: 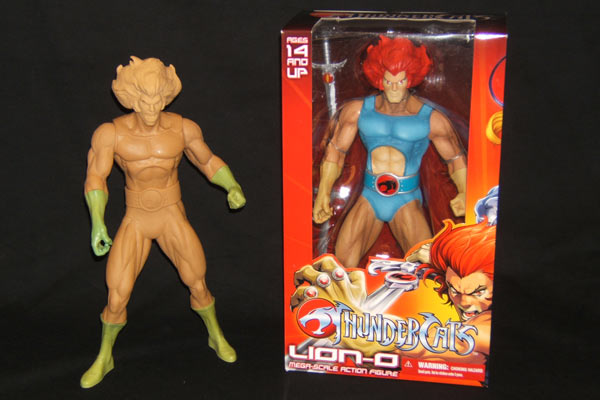