The new Thundercats had extremely large shoes to fill. The original show is beloved by those who grew up in the 80’s, and there are more good episodes than bad, especially when compared to other shows from the era. But, unlike many of the more popular shows from the 80’s, Thundercats has lied dormant in a sea of legal red tape and false starts.

The first two episodes of the new Thundercats cartoon has premiered. It had something for fans old and new, and set up a potentially epic story for the first season. But, was it worth the wait? Was it as good as the trailers and clips led us to believe?

Click the headline of the story for the Thundercats.ws review of the Thundercats Premiere. The Episode(s)
Thundercats opens on the kingdom of Thundera. It is a peaceful kingdom, ruled by King Claudus, who is preparing his son, Lion-O, to take the thrown. Lion-O is fascinated by tales of legends and “technology”, something the Thundercats refuse to acknowledge exists. Lion-O is seen as a dreamer…An immature and lesser talented ‘Cat compared to his adopted brother, Tygra. With Tygra being the adopted son, he is unable to take the throne. Throughout the early part of the episode, we get some character development time, showing that Lion-O, while a dreamer, is a compassionate young leader, who is willing to see the other side of things, which are ignored by most of his race.

And this is really the crux of the premiere. While young Lion-O is seen by many as foolish, his compassion and willingness to be open minded allow him to show glimpses of being a great leader, as well as a cunning warrior. Lion-O shows a willingness to defend the weak, as shown when he pleads for the pardon of two captured Lizard Men. When the warrior and general, Grune, returns from a long journey, bearing a large stone gift and the sad news of Panthro’s death, long-time fans can taste the betrayal that is sure to come. But the episode takes its time to build up the relationships between Claudus, Grune and the two princes.

And, just as everything seems to be setting the stage for further drama, the Lizard Men attack. As Claudus and his army prepare to defend their kingdom, the trap is sprung. Grune reveals his betrayal as Slithe and an army of lizards emerge from the stone gift… their own personal Trojan Horse. The lizards then use technology to, giant mech suits, missiles, bombs to lay waste to the kingdom of Thundera. Grune wants the Sword of Omens and is willing to trade the, still alive, Panthro for it.

This sets up the final battle and reveal. I don’t want to spoil it here, but the last 10-12 minutes are filled with death, the introduction of Mumm-Ra and the set-up for the remainder of the season.

Review
Put simply, this is one of the best cartoon premieres I’ve seen in a long, long time. The animation is stunning. Thundercats displays as sense of consistency and quality normally present in feature animated films. The one ding in the animated armor is the out of place 3D rendered mech suits. Understand the choice, but the high quality of the animation against average 3D models just didn’t fit together.

Voice acting was, for the most part, fantastic. There were a few instances where characters sounded like they were reciting lines from paper, but it wasn’t often. Will Friedle’s take on Lion-O is fantastic. Plus the use of Larry Kenney as King Claudus was an inspired bit of casting when announced. as the episode played out, Kenney’s presence was spine tingling. Add to that the rest of the cast nailing their parts, and you have a show where the characters will pull you in, instead of taking you out of the show.

The story is superbly told. It’s dark, it takes its time and doesn’t pander. The writers knew their Thundercats lore, and took what worked in the classic show, tweaked and removed stuff that didn’t fit and molded this into something that pays homage to the original, while establishing a much larger story.

Bottom Line
Couldn’t ask for anything more. This show is off to an amazing start and I cannot wait to see what comes next. Bravo WB and Cartoon Network, you have yourselves a winner. If you are even remotely interested, you need to be watching this show.

Tony B Lazy Addendum
Score: 10 out of 10. Couldn’t ask for more from a modern retelling of a property I grew up with. 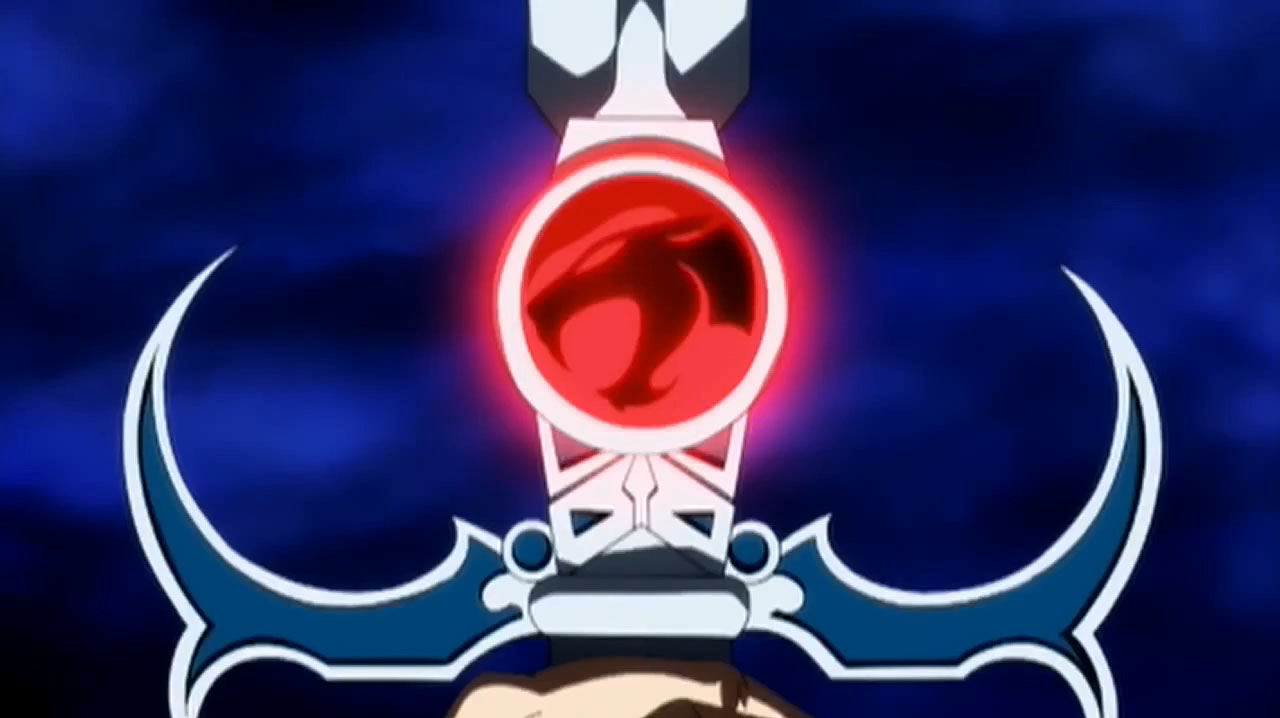