In the fifth episode, Old Friends, the Thundercats are are made “whole” with the highly anticipated addition of Panthro. This week saw some great flashbacks, insane action and some nods to the original series that should get fans smiling.

Read on for our review of Thundercats Episode 5 – Old Friends. The Episode
This week’s episode has two concurrent stories running. One set in the present, and a series of flashbacks showing the relationship of Grune and Panthro. Let’s tackle these two separately.

The Thundercats watch on as their newest member, Panthro, works tirelessly on the damaged Thundertank. Lion-O steps up, hoping to bond with their new member. However, it’s clear that Panthro has serious doubts about Lion-O’s role as Lord of the Thundercats. Panthro states they need Thundrillium to power the Thundertank. He plans to obtain it from a mine system in a nearby mountain. Lion-O insists on helping, but Panthro is less than thrilled by his tagging along.

When they reach the base of the mine, Panthro sees that Lizards are guarding it. Lion-O wants to attack immediately. But Panthro dismisses the young leader’s notion, stating they shall wait until the night. As the group leaves, Lion-O attempts to prove to Panthro he is worthy of the titles of king. He attacks the two lizards and defeats them quickly. Just as quickly, though, Lion-O is surrounded by a large group of Lizards. As Lion-O prepares for his demise, Panthro strikes, taking out the entire group himself. Agitated at the young Lion-O’s brash arrogance, Panthro instructs them to follow his lead. Inside the mine, Grune is leading the lizards as they harvest the rich resources of Thundrillium that will power Mumm-Ra’s army. We are briefly introduced to Driller; a robotic worker drilling deep within the mine to pinpoint the locations of Thundrillium.

The Thundercats sneak through the mines and witness Grune and the lizards drainign the mountain of its Thundrillium. Panthro instructs them to follow his lead for the attack. The ‘Cats lure some of the lizards into a mine shaft and take them out. As hey emerge into the light, Grune prepares his attack. Panthro sneaks up behind and the two have a stand-off. As Panthro is about to attack, Driller surprises them by emerging under their feet. This distracts the group long enough for Grune and the army to retreat. As Driller mounts a confusing and relentless series of attacks, Lion-O jumps in. Using the power of the Sword of Omens, Lion-O is able to defeat the robotic enemy, showing Panthro that he is capable of leading by example. Unfortunately, the moment of tranquility is short lived as the mine begins to collapse due to Driller;s numerous holes. As they escape, Cheetara is able to swipe a small handful of Thundrillium to help power the Thundertank. Panthro shows his respect and pledges his loyalty to Lion-O.

Throughout the episode, we are treated to a series of flashbacks. This side story shows the meeting of Panthro and Grune as grunt soldiers. Their heroics quickly propel them through the ranks of the Thundercats army. Over time, they become some of King Claudus’ most trusted soldiers. They are even tasked with training the very young Lion-O and Tygra in combat techniques.

As Grune and Panthro prepare to be promoted, Claudus informs them he is placing Lynx-O in charge of the army as General. Grune is incensed at this, and Panthro attempts to calm him. Claudus informs them that they have a greater task…They are to go on a journey for the Book of Omens. The two embark on a long, perilous and, ultimately, fruitless journey. As time goes on, Grune becomes more angry, feeling betrayed by his king.

As they rest one evening, Grune hears a voice calling to him, promising him power and to make his dreams reality. Panthro does not hear these calls. However, when Grune runs into the night to follow the voice, Panthro follows his friend. After many days of walking, they come upon their destination…Mumm-Ra’s tomb! Grune is able to gain access as the voice begs him for help. They reach the main chamber, and Grune pries open the tomb of Mumm-Ra. Now awakened, Mumm-Ra promises to reward Grune if he can bring him the Sword of Omens. Grune begs Panthro to join him, but Panthro refuses. A fight ensues, seeing Panthro thrown from the ledge in which they were standing. The victorious Grune stands with his new master, Mumm-Ra.

Review
The best way to describe this episode is with a simple “wow”. In my opinion, this is the best episode since the premiere. The entire episode is filled with info that fleshes out the world of the Thundercats. Panthro adds a welcome dose of battle hardened wisdom and gruff. Unlike the rest of the younger ‘Cats, Panthro has years of battle experience, and refuses to bend to Lion-O’s demands simply because Lion-O is the de facto leader. He gives respect to those who earn it. And Lion-O is determined to earn that respect, though he hits some rough spots early on trying to prove his worth.

The flashbacks were a welcome bit of character development. It allowed us to see a younger Panthro and Grune. By showing their friendship and respect build over the years, it makes Grune’s betrayal all that more angering and gut-wrenching. Plus they were spaced out near perfectly in the episode. Each flashback unfolds to add meaning to the scene that precedes or follows it. Plus seeing more Claudus and the kingdom of Thundera is always going to be a welcome treat.This episode feels like a solid step in their journey together. By the end you feel like they are ready to actually look for the Book of Omens.

If there was any downside to this episode, it was the lack of payoff to the Panthro/Grune build-up. Plus, Mumm-Ra still remains a background figure. They are clearly being very deliberate in their approach to the character, showing only tidbits here and there. But those are minor quibbles in the shadow of another thoroughly enjoyable episode.

Bottom Line
This was one of the episodes we were waiting for since the premier. The base Thundercats team is now together. Panthro is the straight up “bad-ass” many fans were hoping for, plus he’s already got some great character development thanks to the flashbacks. Plus, the nice nods to the classic series with the Driller apparance, he Lynx-O name drop as well as Thundrillium will put a smile onto the older fans’ faces. So that makes Thundercats a solid 5-for-5, as there hasn’t been a clunker yet. 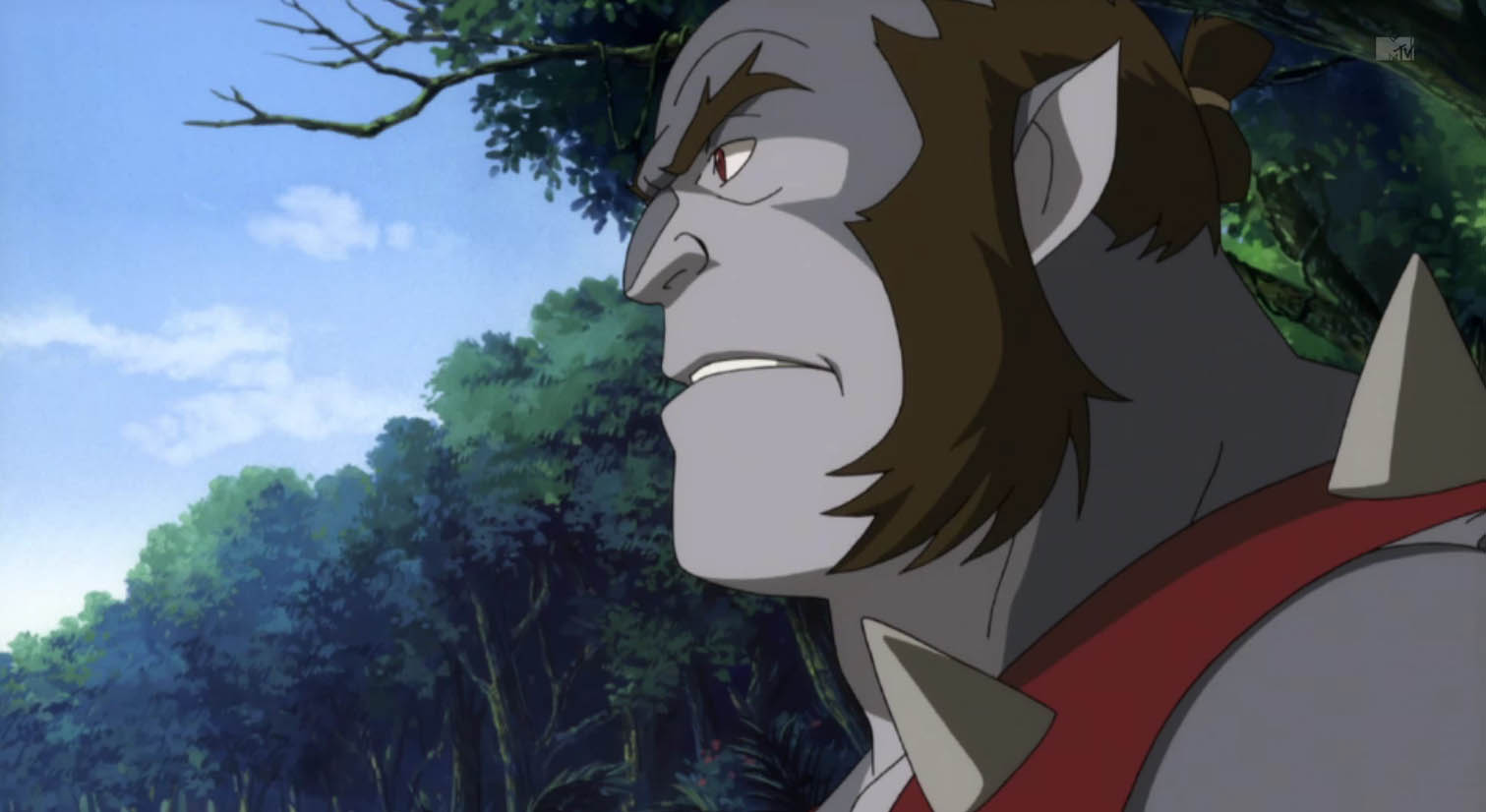