Thundercats kicked into high gear this week. We got Mumm-Ra facing off against the ‘Cats, a flashback that leaves a lot of questions and a nice little cliffhanger ending. Read on to check out our review of Thundercats Episode 6 – Journey To The Tower Of Omens. Episode
Shall we keep this week’s episode description a bit smaller? I’ll try. Lion-O is attempting to use “Sight Beyond Sight” to locate the Tower of Omens. However, due to his lack of faith in himself, he continues to fail. Mumm-Ra is watching, hoping the Thundercats will lead him to the Tower of Omens. While he watches, we get a nice flashback showing Mumm-Ra working with a Thundercat named Tigrus (likely Tygra’s father) and an unnamed lion, who looks like a relative of Lion-O and Claudus. Tigrus is attacking an unnamed race to steal the Eye of Thundera, in crystal form, but turns to a cube when he grabs it. After the flashback, Mumm-Ra retreats to his tomb, which turns out to be a tomb tank, and he speeds off to Slithe and the lizards. Slithe can’t get Jaga to lead them to the tower, but Mumm-Ra intervenes and heads out alone.

Almost immediately, we get another flashback showing the creation of the Book of Omens by, what appears to be, a young Jaga (or his ancestor). The lizards attack as the cleric is defended by a clear descendant of Claudus. The rest of the clerics hide the book and seal themselves away, taking the location to their graves. The Thundercats stumble upon a temple entrance thanks to Snarf. But the temple is built on a series of traps meant to deter those who don’t belong. But teamwork saves the day and they make it through the series of traps relatively unscathed. But they reach the end and all they find is a huge chasm. But Lion-O finally uses his Sight Beyond Sight to see that there is a switch. Tygra hits the switch and a bridge is raised and the Tower of Omens revealed.

The team heads to the tower as Mumm-Ra attacks. The team sees the Jaga lantern, but Mumm-Ra tosses it, Cheetara catches it. Lion-O and Tygra head for the top as Panthro fends of Mum-Ra. He holds his own until Mumm-Ra transforms into Mumm-Ra The Everliving and beats Panthro down quite easily. Mumm-Ra spreads hsi wings and heads for the top of the tower. He takes out Tygra, who turns invisible and gets in a few more licks before Mumm-Ra tosses him aside again. Lion-O hits the top first and sees the Book of Omens suspended in a chamber on the ceiling. Mumm-Ra quickly follows as Lion-O releases a “Thundercats Hooooo” and Cheetara speeds up to the top to help out. They attack, but Mumm-Ra is too much. Cheetara is tossed over the edge, and Lion-O rushes to help. Mumm-Ra uses this chance and tries to finish off Lion-O. Jaga uses the last of his power to explode a light out of the lantern. Mumm-Ra shrieks and then shrinks into a little bird, flying away. The last light of Jaga releases the book to the Thundercats, but as Lion-O looks, he sees the book is empty.

Review
Wow, just WOW. That was the an amazingly action packed episode. We really get to see Lion-O begin to learn that he has to trust and believe in himself to use the powers at his disposal. Not only that, we really get to see them work as a team here. Every member had a part to play in getting to the temple, past the traps and getting a hold of the book.

The flashback gives a nice glimpse into the intertwined history of the Thundercats and Mumm-Ra. There is clealry a lot more ground to cover there. And Tigrus is clearly set up as Tygra’s biological father, so that story will likely unravel as the series goes on. This is carefully weaved story, with no details being “throw away” bits. As more details are revealed, there’s going to be a benefit to revisiting earlier episodes to get a greater bit of context for events that unfolded then.

Special mention has to be made of the animation in this episode. In a series that has been so beautifully animated, there were some amazing bits here. The animators are really being challenged to create a theatrical experience within each episode, and they haven’t let us down yet. during a commercial break I rewound the bit where Cheetara speeds through the blades in the temple, as well as both flashbacks and the Mumm-Ra transformation.

Bottom Line
The second best episode in the series next to the premiere. We get the long awaited first confrontation between the Thundercats and Mumm-Ra, and it was really worth the wait. Not only that, we get some intriguing back story bits that raised a ton of questions. 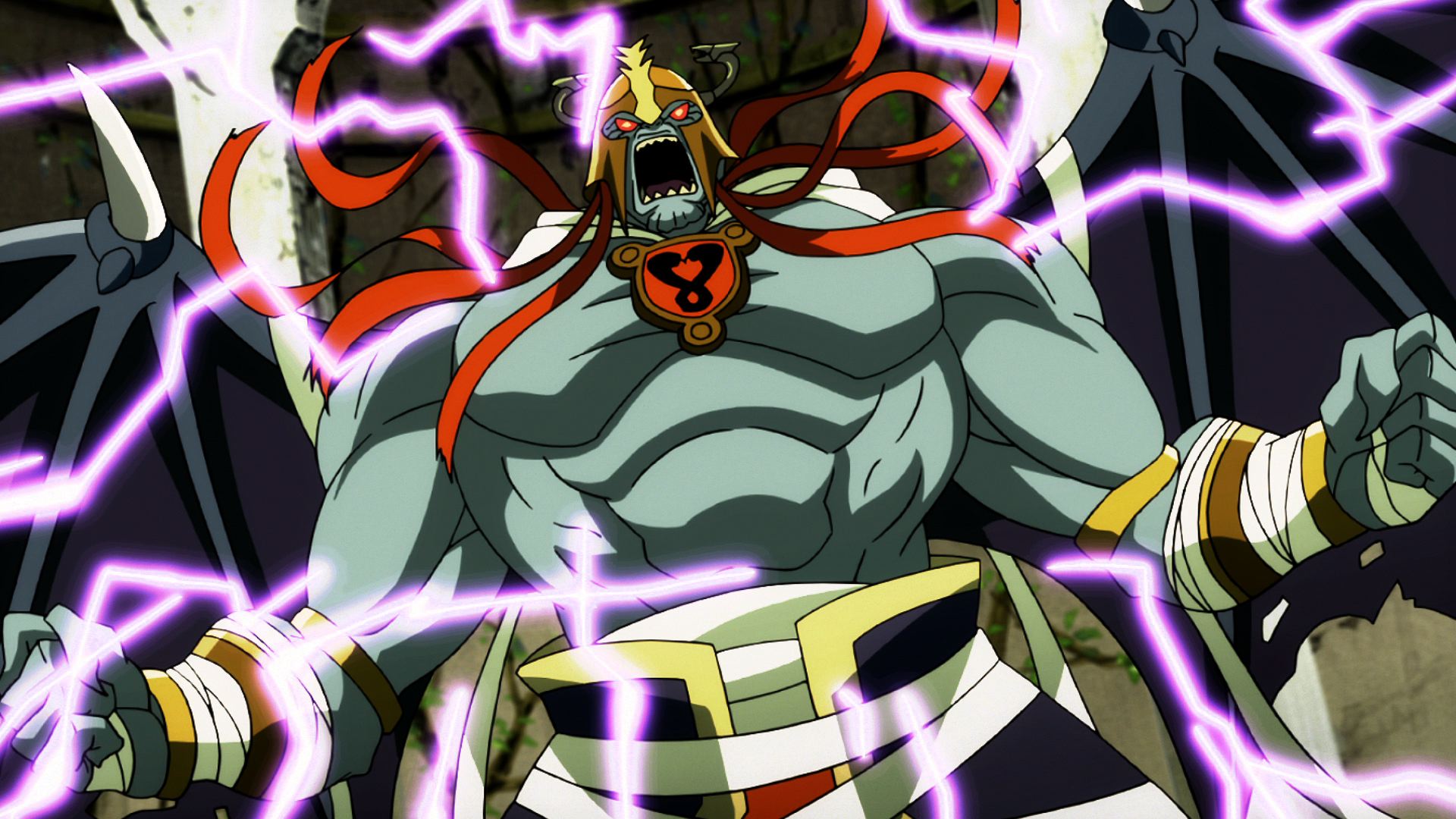 Thundercats Episode 6 Journey To The Tower Of Omens Review