Thundercats Episode 8 – The Duelist and The Drifter takes the story to a more personal, individual level as it focused on Lion-O. With the team attempting to use the Book of Omens to power the Thundertank, Lion-O ventures off to gather supplies. e happens upon two very different characters, one a worry free wanderer, the other an unflappable swordsman.

Read on to find our review of Thundercats Episode 8 – The Duelist and The Drifter. The Episode
Panthro and Tygra attempt to harness the power of the Book of Omens by hooking it to the Thundertank. Meanwhile, we see that Lion-O has gone off to find supplies for the team. On his journey he happens upon a swordsmen’s town and a character called The Drifter, a care-free wanderer. Who warns him to avoid this town.

Lion-O ignores the warning and attempts to buy supplies with Thunderian currency. But his money is no good there. He is pointed towards a stone slashing competition, where the deepest cut in the stone gets the win. Lion-O uses the Sword of Omens and easily slices the stone in two, earning the victory prize. As he is buying supplies he is baited into a duel by The Duelist; A wandering swordsman who claims the losers’ blade as his prize.

As he is preparing to fight, The Drifter warns him that he will lose to the Duelist. He challenges Lion-O to split the willow he is chewing. As Lion-O attempts to attack, The Drifter moves about effortlessly and avoids Lion-O’s assault easily. The Drifter tells Lion-O that the willow may be weak, but it binds the wood used to build entire cities. He tells Lion-O of a sword maker who thought his perfect sword made him a great fighter. But The duelist challenged the sword maker and defeated him, taking the blade as his prize. We see that the sword maker is actually The Drifter. Lion-O pleads for his help, but The Drifter is not interested.

Lion-O meets The Duelist for their fight, and he finds himself easily outmatched. The Duelist claims the Sword of Omens as his prize. Lion-O, determined to win the blade back begs The Drifter to help him forge a new sword, but The Drifter has no interest. Still determined, Lion-O attempts to make a new sword. The Drifter intervenes, as he sees that Lion-O is clueless in the craft. In the course of an afternoon, he forges the impatient Lion-O a new blade.

Lion-O challenges The Duelist for all his swords. The Duelist demands Lion-O’s life if he loses. In the fight, Lion-O fights more strategically, matching The Duelsit blow for blow. But suddenly Lion-O’s sword breaks and he is left helpless. But The Drifter reminds Lion-O to act as the “willow”. Suddenly Lion-O can easily avoid the attacks of The Duelist and defeats him quickly. As he celebrates, The Duelist attempts a sneak attack, which is repelled by The Drifter, who defeats him with the willow itself. Disarmed and defeated, The duelist fleas.

Lion-O gives the swords to The Drifter and thanks him for his help. The Drifter will “wander” once more, but now to return the Duelist’s blades to their rightful owners. Lion-O returns to his team with a bunch of new supplies.

Review
It was going to be hard for any episode to follow last week’s action packed episode. So episode 8 decided not to really try to top it. Instead, they went the pure filler route. The episode itself served no purpose to further the story at all. However, like all the episodes in the new show, it was handled, mostly, with care and grace. The writing of the episode itself remained strong, and individual character focus episodes will help flesh out the Thundercats into fully realized characters.

Once again, the animation remained top notch. Other series could really stand to learn from WB here, as they don’t shy away from spectacular designs for even the most fleeting of set pieces or characters. The voices for The Duelist and The Drifter were also pretty fantastic choices. While I’m not sure who they were, they didn’t come off as cheesy as they easily could have been.

But all that said, this was nothing more than a stop gap episode. The crutch of having the Thundertank broken down being the start of a filler episode will wear thin quickly. And after setting up a huge quest for the Thundercats, we’re left to watch Lion-O, by himself, wander into a situation that was pretty random and halted the momentum of the last few week’s of shows.

Bottom Line
While well written, the episode could easily be skipped when revisiting the series on DVD or re-runs. There was nothing of importance happening here and halted a lot of the momentum that had built up after last week’s set-up. Again, not a bad ep, but easily my least liked episode so far. 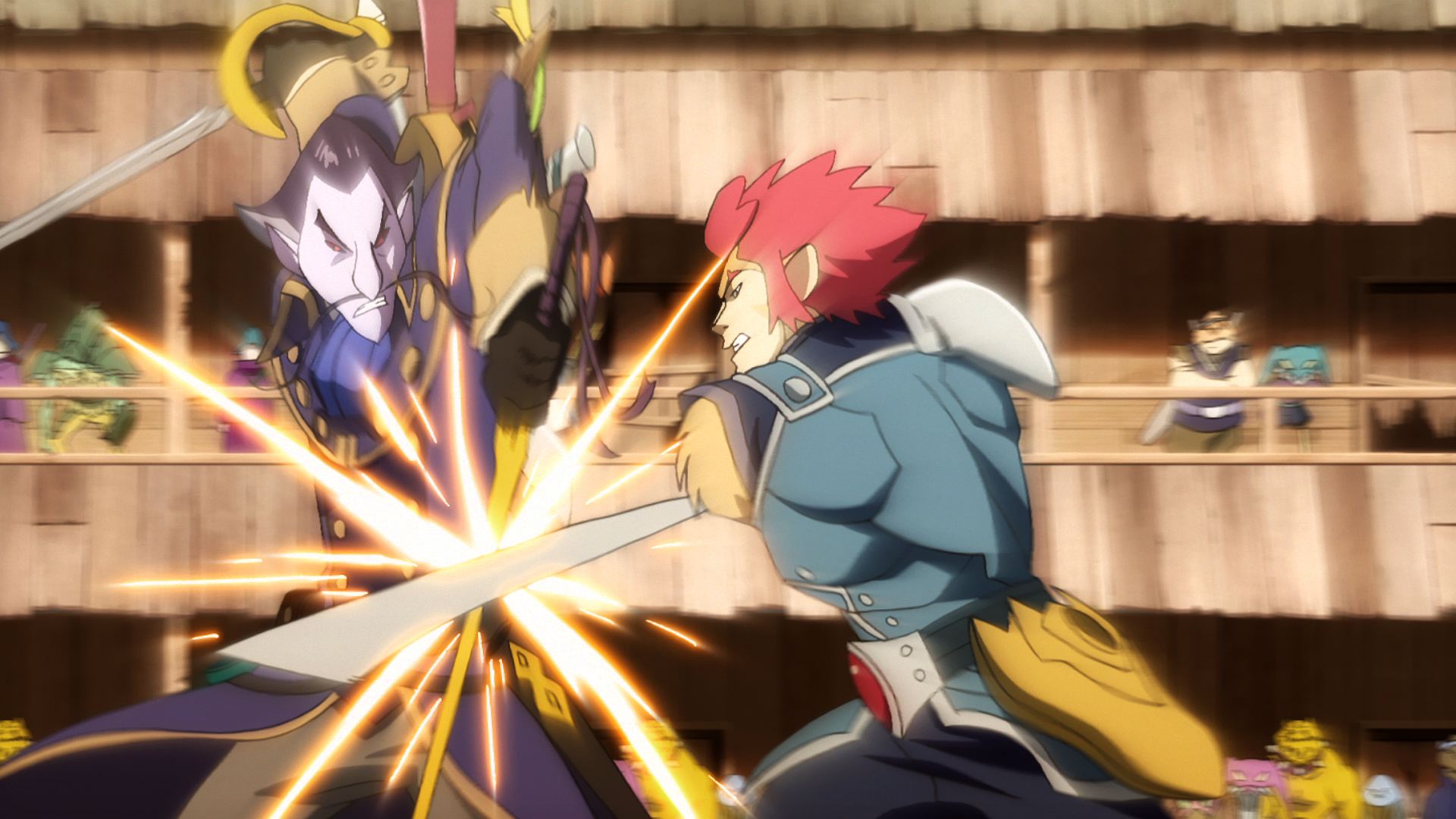