In the 10th episode of the season, Lion-O learns a tough lesson in preserving the natural order of things. Sight Beyond Sight introduced us to a new race of Elephant Men, a forgetful but thoughtful and peaceful race.

Read on to check out our review of Thundercats Episode 10 – “Sight Beyond Sight”. The Story
We open on the ‘Cats, now in their fully powered Thundertank, heading towards the first stone. Lion-O and Tygra bust out in a race and they all wind up at a huge set of steps. The steps lead to the Elephant village, where the Elephant Men reside. Thee we find that the Elephant Men are a very quiet, peaceful race, though very forgetful.

Lion-O, after much back and forth, explains they are looking for a mystical stone. One of the Elephant men recognizes the power of the Sword of Omens, and tries to help Lion-O use its “Sight Beyond Sight” to locate it. As Lion-O struggles with the ability, the village is attacked by a swarm of insects called the Wraiths. The Wraiths steal much of the food picked by the Elephants. Though the Elephants seem indifferent to it, Lion-O and the Thundercats attack to attempt to save the harvest. It proves fruitless.

While the Elephants meditate, Lion-O attempts to track down the Wraiths and put a stop to them. Meanwhile the Wily Kittens and the Elephants put on a impromptu concert that ends with their harmony shattering some nearby stones. Lion-O follows the Wraiths trail, which leads to a cave, which Lion-O destroys. This awakens a giant rock monster that promptly follows Lion-O back to the village and attacks. The Elephants once again go to meditate while the Thundercats attack. The ‘Cats destroy the monster, who quickly reforms and traps the ‘Cats in a rock cage. The Wily Kittens remember their musical number from earlier and they once again use the power of music to shatter stone, destroying the rock monster, thus freeing the trapped Thundercats.

Lion-O now understands the symbiotic relationship of living things. This allows him to use “Sight Beyond Sight” correctly and he places the stone at a hut in the village. But when Lion-O goes to look, the stone isn’t there. The Elephants tell Lion-O to seek out a magi in an enchanted forest who can help him.

Review
Well the streak had to end sometime. This is the first episode of the season I would label as utterly forgettable. The story went absolutely nowhere this week, and the exploits were very mundane. This was the first time a filler episode lived up to its label. The Thundercats are given nothing interesting to do and there were just too many moments where things didn’t gel together. The Elephants proved to be very inconsistent. The forgetfulness was kinda funny at first, but then was used only as a punchline throughout. They seemed to have selective memory rather than poor memory.

Also, the lack of any credible threat this week meant there was nothing to really look forward to. The end of episode battle with the rock monster was anti-climactic and the Wraiths never seemed deserving of the attention Lion-O was giving them. This all lead to a very uneven narrative throughout the episode.

On the plus side, the animation was excellent once again. It was also nice to see the Kittens get some time in the spotlight. The episode was clearly meant to set them up as valuable members of the team. For the most part, that was a success. Also, it was nice to see some of the more advance features of the Thundertank, if only briefly.

Bottom Line
This one missed the mark for me a bit. It never came together as a meaningful narrative. The threat this week was more of an annoyance rather than a danger. The story was not moved along in any meaningful way and the new characters introduced were not interesting enough to be memorable. 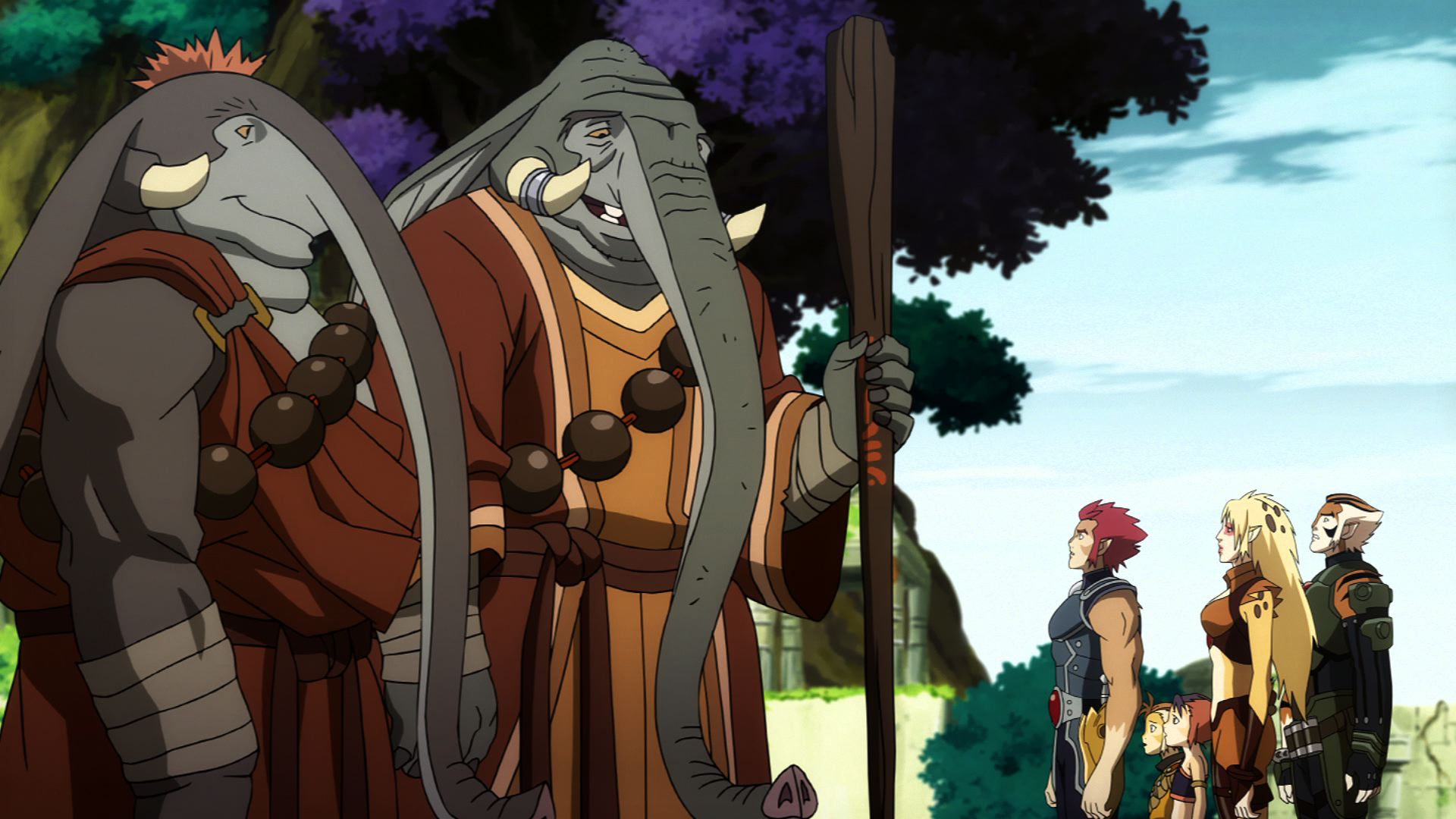