Thundercats Episode 11: Forest Of The Magi Oar saw the Thundercats stuck in a strange, seemingly living, forest. With the Sword of Omens appearing to malfunction, Lion-O must use his mind to see what is hiding in plain sight.

Read on to check out our review of Thundercats Episode 11: Forest Of The Magi Oar. The Story
After the Elephants instruct the Thundercats to seek the mystical Forest of the Magi Oar, the ‘Cats appear to be at a bit of a loss. Lion-O still cannot get the Sword of Omens to use Sight Beyond Sight. After the Wily Kittens bring back some firewood, Lion-O and Tygra start to air some potential dirty laundry. But as they throw some of the wood onto the fire, a series of bird-like spirits emerge and surround the Thundercats. When Lion-O tries to counter attack, the Sword of Omens will not extend or respond to his commands.

The cats are saved by three beings calling themselves the War Forgers. They use the power of the mystical woods, by way of the paper made from it, to defeat the spirits. They bring the Thundercats back to a paper mill (which appears to be made of paper) where they study the ways of using the powers of the forest to defend themselves against Fearagore (spelling?), a gigantic bird attempting to destroy the War Forgers and their paper mill. Suddenly, Fearagore attacks, incapacitating the War Forgers, leaving the Thundercats to defend the mill. Lion-O again attempts to use the Sword of Omens, and again, the sword fails to respond. So Lion-O uses the claw gauntlet to launch the finger ropes (for lack of a better term) and attaches himself to the giant beast.

Lion-O pulls himself to Fearagore and fights him in mid-air, forcing Fearagore to slam into a massive tree. Lion-O again tries the sword and again it fails. So he lays the sword and gauntlet down and attempts to fight without them. Fearagore grabs Lion_o and flies off into the distance. Soon Lion-O realizes that it isn’t Fearagore who is the evil one, but the War Forgers. Fearagore shows Lion-O the damage done to the forest and reveals that he is the protector of the Magi Oar and wants to stop the War forgers from harvesting the trees to make their paper. This is why the Sword of Omens wouldn’t work, as it can only be used against evil.

Lion-O returns to the mill with Fearagore and reveals to the rest of the ‘Cats what is really going on. A battle breaks out between the Thundercats and the War Forgers. Unsurprisingly, the Sword of Omens now works and the Thundercats eventually win. Now Lion-O is able to use Sight Beyond sight, as he was now able to see past he details to get at the bigger picture. He instructs the team to head back to the elephant Village.

Review
Finally, finally, the writers have addressed the slowly brewing tensions between Lion-O and Tygra. Both admit they are actively pursuing the affections of Cheetara. And right when it seems like the episode is about to delve into some deep conversation, they jump to a convenient plot device. Kind of a shame, as Lion-O and Tygra’s friction has potential to make for a great side story. For their part, the writers seem to be keeping Cheetara in the dark as to the feelings of the duo. Should make for an interesting development later on in the season.

With the War forgers, the writers tried hard to hide the fact that they were the evil ones. Giving them fancy heroic battle animations, friendly faces and a seemingly noble cause…Higher learning. The War Forgers even attempt to help Lion-O with his “Sight Beyond Sight” problem. Unfortunately, the revelation that they were the bad guys held little weight. We didn’t get to know them enough and we’re never given enough evidence that what they are doing is truly good or evil. Given just a bit more time, the revelation would definitely have carried a bit more emotional weight. But overall, I hope this isn’t the last we see of the War Forgers, as they were really unique and different characters.

The episode itself had some filler-type feel to it. However, it was a much tighter narrative than last week. It feels like some real effort was put into the War Forgers story, and made them feel like part of a larger world. It was also good to see the rivalry between Lion-O and Tygra resurface. It’s a plot device they can definitely pull out from time to time to add some more depth to the group dynamic. There’s real potential for that situation to explode, which is something that, if handled as well as the series has been, can add some real meat to the story.

Bottom Line
It’s another episode without the story getting back on track. Still not even a mention of Mumm-Ra. With only two episodes left, the writers will really have to circle back around to get the main villains involved again. But, as a stand alone episode, it was a fun watch with some good action sequences. 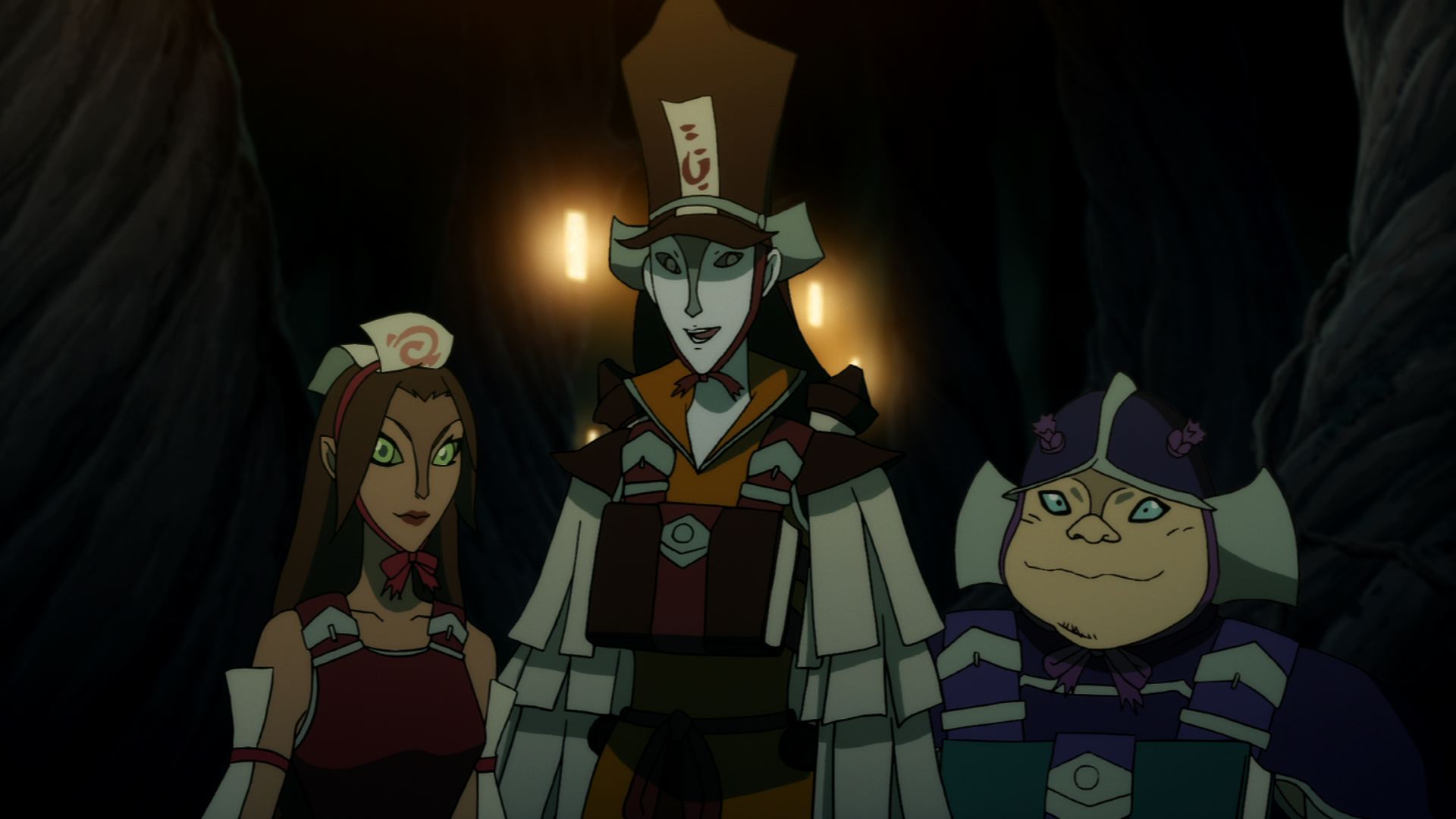