Lion-O and the Thundercats head back to the Elephant Village to find the stone. But Grune and the lizards have beaten them there. At the same time, Lion-O and Tygra’s rivalry begins to reach a breaking point.

Read on to see our review of Thundercats Episode 12: Into The Astral Plane. The Story
The Thundercats are speeding back to the Elephant Village to pursue the stone. Through Tygra’s jealousy of Lion-O, we are shown a flashback to Tygra, as a young cat, standing guard outside the Cats Lair and the location of the Clerics. An equally young Cheetara shows up, looking to join the Clerics herself. Tygra, clearly smitten, can only fumble his words, but eventually gains some measure of composure. With Tygra’s help she is welcomed into their group. Tygra watches through a window as Jaga tests Cheetara’s speed through a gauntlet of spinning and moving blades. He informs her that if she can make it through unharmed, she will be worthy of joining the Clerics.

Cheetara speeds through most of the blades. However, at the last moment she is knocked away by a series of swinging pendulums. Jaga informs her that the last section required patience, and then runs through the course himself. Telling her she is not worthy, Jaga casts out Cheetara. Undeterred, she sets down at their entrance, determined to join them.

Back to the present day, and the Cats see smoke rising from the Elephant Village. Lion-O uses Sight Beyond Sight to see what is going on. His new found power reveals that Grune and the Lizards have beaten them there, and are holding the Elephants hostage while attempting to find the stone. Lion-O wants wait until night, go in quietly. Tygra wants to gun in guns blazing. Cheetara sides with Lion-O, which angers Tygra even more.

We are treated to the last piece of the flashback. Tygra, having witnessed the entire ordeal with Cheetara, attempts to comfort her over the following few days. As the days pass, Jaga walks by her, telling her she is wasting her time. Through days, nights and rain, Cheetara waits, while Tygra watches. Finally, as Jaga is passing, he sees that Cheetara is still waiting after all this time and that she is clearly in need of food, water and rest. As she passes out, Jaga catches her and exclaims that she may have patience afterall. With that he brings her into the Clerics building. Tygra, at first happy, realizes he may never see her again.

The Thundercats attempt to quietly take out the lizards as they make their way into the village. Grune is growing impatient with the Elephants. As he instructs the lizards to kill one, Wily Kit interrupts, thereby ruining their surprise attack. Grune orders them to drop their weapons, and they begrudgingly comply. As Grune attempts to coerce Lion-O into revealing the location of the stone, Tygra slips away. By threatening the hostages, Grune gets Lion-O to reveal that the stone is in the Astral Plane and Grune forces Lion-O to open the portal via the hut wall. As Grune is about to enter, he orders the entire group killed. Suddenly Tygra attacks with the Thundertank, allowing the Cats to turn the tide and drive Grune and the army of lizards off.

After the battle is over, Lion-O attempts to enter the Astral Plane. Tygra intervenes and forces Lion-O to take him along. Tygra enters the portal first. As Lion-O is about to enter, one of the Elephants stops him and informs Lion-O that he has had a vision of Tygra betraying Lion-O. Shocked, Lion-O enters the portal more carefully. Outside, we see Mumm-Ra hiding in the form of a bird, and he quickly flies past the group into the portal himself.

Review
Finally, we get back to the main villains. Seeing Grune and the Lizards again is a welcome sight. The battles with them just have more weight to them, and more on the line, than the “villain of the week” we’ve been treated to recently. And seeing Grune stop at nothing to find the stone, willing to kill everyone without a second thought was fun, especially since the show hasn’t been shy about the deaths of smaller characters.

The flashbacks were also a nice touch as well. It gives a nice look into Tygra’s jealousy of Lion-O’s affection towards Cheetara. Plus, seeing a fully functioning Thundera is always a welcome sight. These flashbacks added some much needed depth to Tygra and Cheetara, who have had the least amount of “character time” in the series so far.

The episode felt like it moved the story along a bit, getting it back on track after side missions for the group. The placement of the flashbacks was a bit odd, as they didn’t flow as nicely as prior ones, which caused the to feel a bit forced. But that’s a minor quibble in an otherwise very enjoyable episode.

Bottom Line
Easily the best episode since the series came back from its break. We get some nice battles between the Cats and the Lizards and some deliciously evil maneuvers by Grune. The episode really ratchets up the friction between Lion-O and Tygra and sets up a potentially series altering episode next week. Good stuff all around 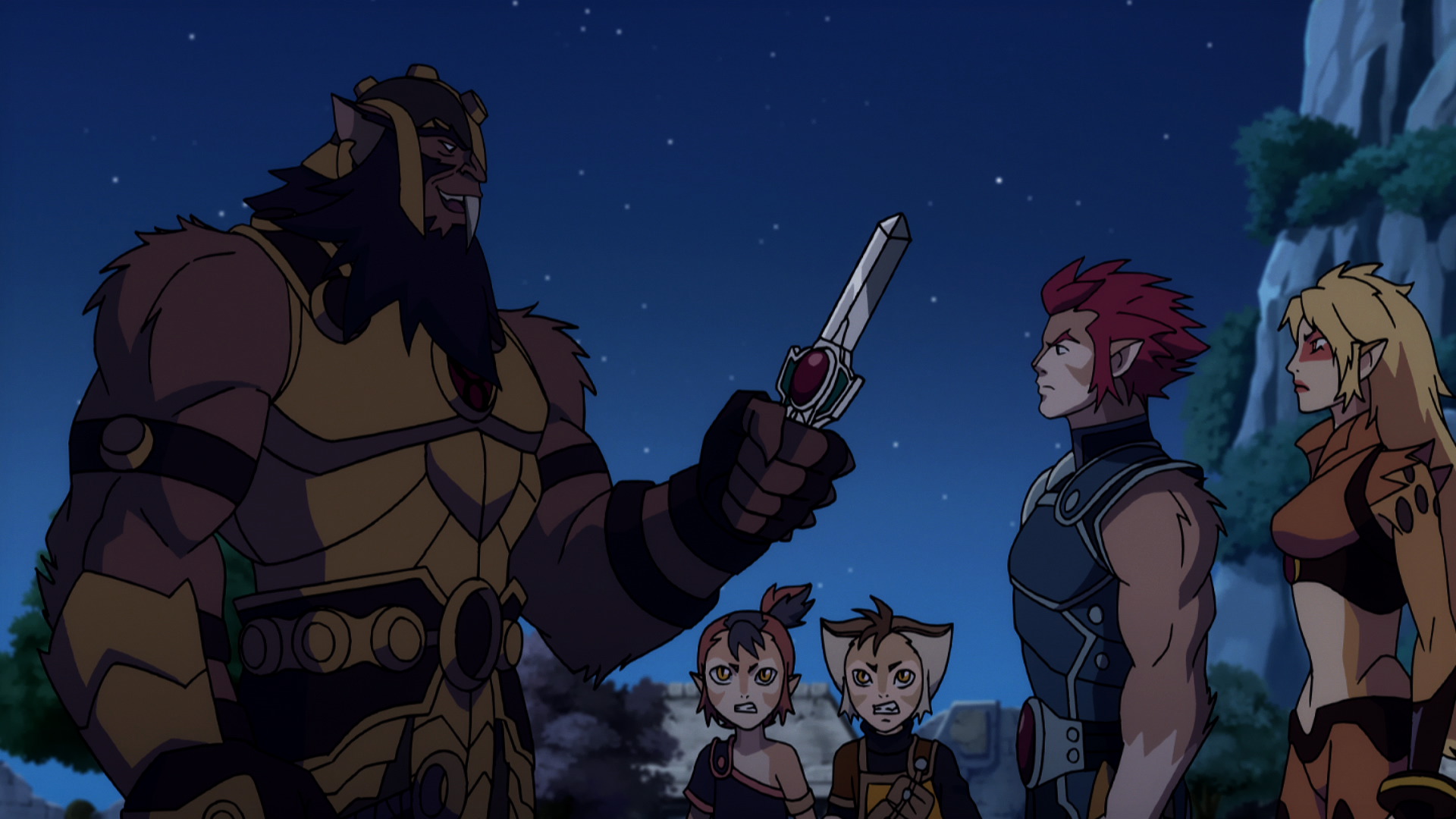