Lion-O and Tygra are in the Astral Plane searching for the Spirit Stone. The rest of the Cats are preparing for an attack by Grune and Slithe’s massive army. Read on for our review of Thundercats Episode 13: Between Brothers.

Drop by the Thundercats Episode 13: Between Brothers Discussion Thread to let us know what you thought of this week’s episode. The Story
Let’s go for the shorter version this week, shall we?

Lion-O and Tygra are searching in the Astral Plane. Mumm-Ra causes a painful memory to appear, resulting in the brothers fighting over the crown and Cheetara. In the elephant village, Grune and Slithe attack with the Lizard Army. The Elephants meditate while the cats try to hold their own. Grune and Panthro square off in a fight to the death.

Back in the Astral Plane, Tygra gets the upper hand, knocks Lion_o into a pit before remembering that, though they have differences, they are still brothers. Tygra helps Lion-O out of the pit as Mumm-Ra attacks. Mumm-Ra gets the upper hand quickly, but Lion-O discovers the Spirit Stone and uses it to xpand the Claw Shield into a full sleeve armor, helping him to defeat Mumm-Ra. The Astral Plane collapses and the two Cats run to the exit to escape.

As the Cats are about to get pummeled by the Lizard army, the Elephants step in to finally help out, chasing away the army. Grune and Panthro continue to fight and approach the hut as they do so. Lion-O and Tygra exit as the hut begins to collapse into the Astral Plane. Grune is being sucked in and grabs Panthro, who refuses to let go, preferring to die himself than save Grune. The portal implodes in a flash of light. Panthro is alive…But has lost both arms (which explains
THIS). We see Mumm-Ra escape the portal. The Cats celebrate and we have some laughs at Panthro’s expense (poor guy). Then we see Cheetara pick Tygra over Lion-O, who watches betrayed.

Review
Lots going on this week as the writers attempt to cram in as much as possible for the season finale. The good news here is they pulled it off pretty well. The simmering feud between the brothers finally boils to the surface.Even though I had hunch they would cop out, they actually didn’t and we get a pretty good brawl between the two. The end result is them realizing that their differences will never trump them being brothers…Until Cheetara lays a big wet one on Tygra at the end of the episode. A good play to keep the feud alive in coming episodes.

The Lizard attack on the Elephant Village was another strong aspect of the episode. We get some great battle action, and scenes really showing the courage of all the Cats. The writers also used this for some much needed humor (just so the episode wasn’t all doom and gloom). These interspersed scenes added some nice levity to the fight without killing the flow of the episode.

Then there was the fight between Pantho and Grune. This is where some of the best stuff in the episode happened. The show has done a great job at keeping their hatred of each other focused and interesting. To finally let them get to it, without any interference or dirty tactics, was a great payoff. The ending, with Grune being killed or trapped in the Astral Plane was a great payoff. But the real shocker was Panthro losing his arms. A lot of shows would shy away from showing the damage, but not this one. It was really cringe worthy to see that his arms were gone completely. The end of episode humor, with Snarf trying to feed him, may have seemed like a good idea to lighten the mood, but kinda of came off a bit mean spirited.

After last weeks episode, I fully expected Cheetara to wind up with Tygra. So the end reveal wasn’t as shocking as they intended it to be. But it does let the Lion-O and Tygra rivalry continue, and continue to grow.

Bottom Line
A really good episode to end the season. We get some real meaty story developments, payoff to the Spirit Stone search, and a fantastic fight between Grune and Panthro. Plus, with the armless Panthro, the writers show they can still surprise the audience. There’s not much more you can ask for. 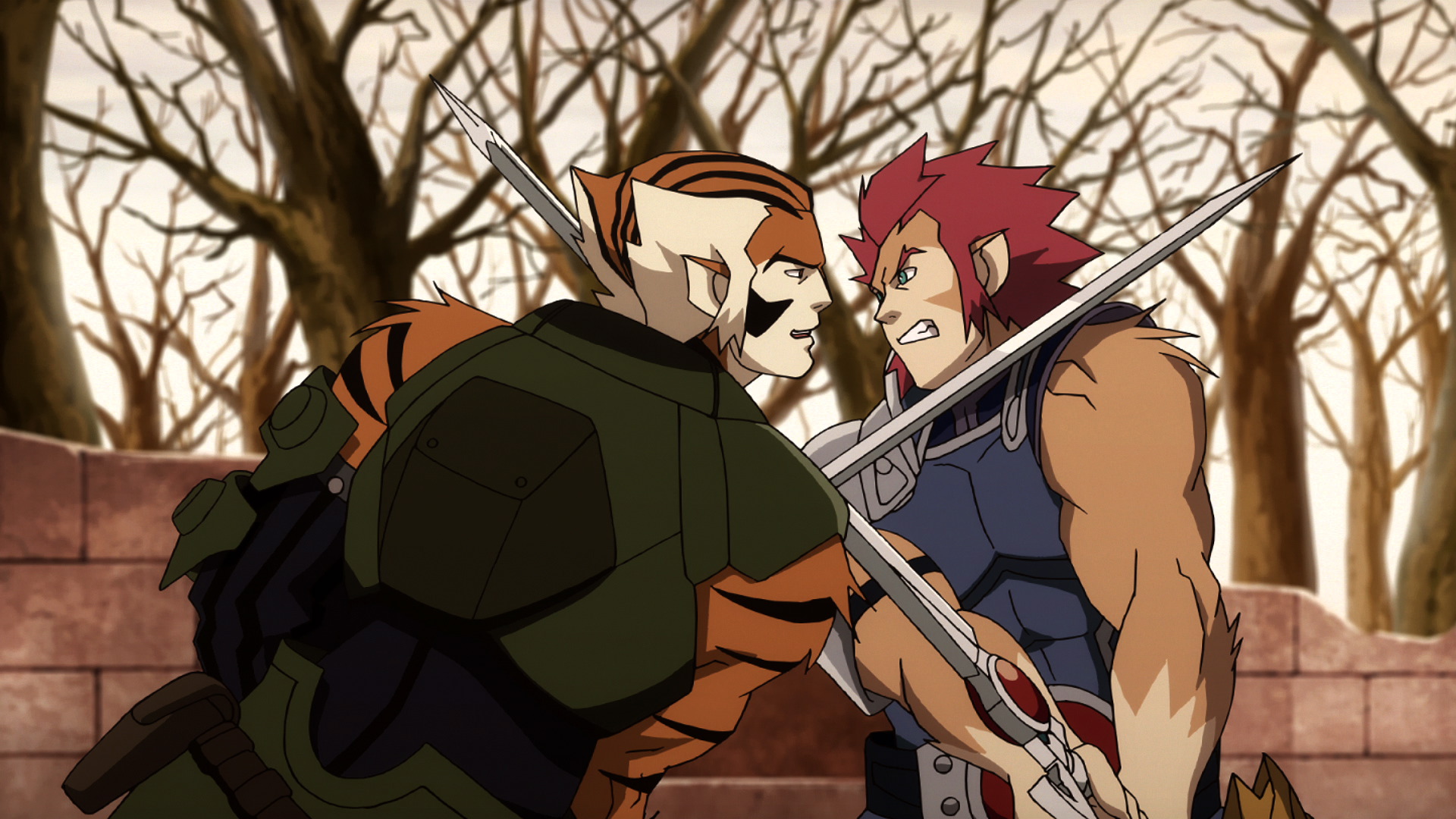