Forum member TIGER007 informs us of a conversation he had with Bandai USA. They initially informed him that a licensing issue was preventing Thundercats products from coming to Canada (save for some that slipped into stores before the issue arose). Now he has learned that the figures will be hitting stores in August as the issue appears to have been resolved. 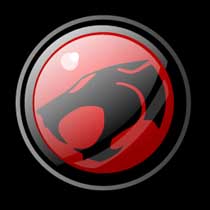