Read on to check out our review of Thundercats Episode 14: New Alliances. The Story
Lion-O and team have begun a strategy of luring the lizards into traps. After defeating each battalion, Lion-O sets them free. He still has empathy for the lizards, who he sees as fighting this war reluctantly. He hopes by setting them free, he hopes they will eventually become allies against Mumm-Ra. The Tygra and Cheetara relationship is clearly wearing on Lion-O. Though he has displayed open support for their pairing, he later comes clean and reveals to Cheetara that he felt lead on.

Mumm-Ra, clearly unhappy with Slithe’s inability to lead the lizard army to victory, instructs him to free two vicious warriors who will become new generals in his army. Addicus (aka Monkian) is about to be put to death by some bird people. But Slithe and the lizards free him, and Addicus gets his revenge. Kaynar (aka Jackalman) is being held by a group of dog people who are putting him into solitary confinement. Again Slithe and company free the prisoner.

Back at the Ro-Bear Berbil village, Panthro is being fitted with new arms. Initially given Berbil arms,Panthro is eventually fitted with powerful new arms, though they malfunction almost immediately. Lion-O and crew see Slithe and his army approaching again. Lion-O sees that these are some of the same lizards he had already defeated and freed. Lion-O is determined to help them, but Tygra says it’s not their problem. Cheetara sides with Tygra, which forces Lion-O to go into battle alone. As he attacks, Addicus and Kaynar reveal themselves and attack. Cheetara and Tygra jump in to fight as well.

At the Berbil village, Panthro’s new arms are perfected, and the Thundertanks upgraded. The Wily Twins show up and tell Panthro that the team is in trouble and they all head out. Back at the battlefield, Tygra is captured by Kaynar, but Lion-O refuses to back down. But Cheetara throws down her staff to give up and Slithe knocks Lion-O down. Just as they are about to kill the cats, Panthro shows up with the massively reconfigured Thundertank and his Mr. Fantastic like stretchy arms and frees the group, who flee in the new Thundertank. Lion-O clearly angered at the relationship with Tygra and Cheetara and how it is undermining his leadership.

The Review
So after nearly 5 months we come back and pick up almost immediately where we left off. We get some great play on the relationships here, though it’s going to have to tread carefully with this. It was great to see Lion-O confront Cheetara about her flirting and mixed signals. Though, if this drags on all season, it could really get tiresome.

The introductions of Addicus and Kaynar were fantastic. Once again, the writers show they aren’t afraid to make the villains truly vile and dangerous. And while, in the previews, I didn’t care for the new voices, seeing and hearing them over the course of the episode really made them grow on me.

The best possible thing about the episode may be that they are laying the seeds for an uprising. The lizards, in the end, clearly weren’t interested in fighting the Thundercats. I have a strong feeling this show is heading down the path of realizing Lion-O’s goal of uniting the various animal people to battle Mumm-Ra. If this comes about slowly and they add small groups a bit at a time, this could really lead to some epic battles and interesting stories in the near future. Another plus is the massive new Thundertank. Looks awesome, and I’m really interested in seeing how it’s used and what it has in store for us.

On the down side, I didn’t care for Panthro being tuned into Stretch Armstrong. Powerful robot arms? Badass. Powerful robot arms that flail about and stretch all over the place? Not so badass. Also, if they, again, plan on stretching this love triangle over another season, it could get old…Fast.

Bottom Line
This was a good episode to return on. It had way more positives than negatives. Introducing both Addicus and Kaynar breathes some new life into Mumm-Ra’s army. The episode also added some good character development moments, especially to the lizards who will eventually have to choose which side is worth fighting for. 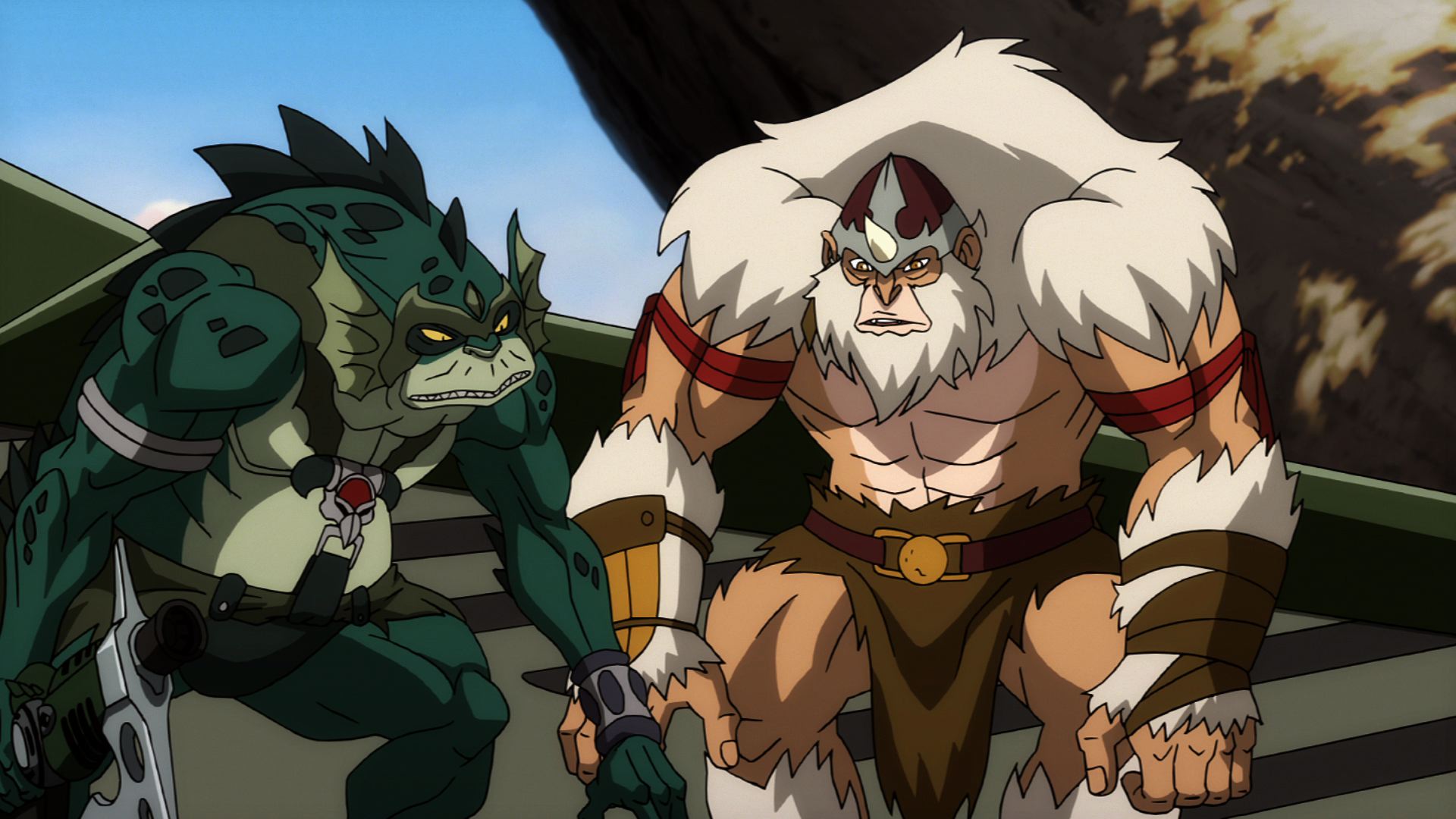