Read on to check out our review of Thundercats Episode 16: The Trials Of Lion-O Part 2. The Story
Lion-O moves onto his third trial against a spirit posing as Panthro in the old throne room from Thundera. He has to get Panthro out of circle of the Thundercats symbol before an hour glass runs out. At first, Lion-O tries brute force, but fails miserably. Lamenting the fact that he is not strong enough, he realizes he may have to try a different tactic. He orders Panthro, as king, to leave the circle. Panthro does as he is commanded and hands Lion-O the next key.

Back at the group, Tygra is leading the Thundercats to Mumm-Ra’s lair. He tells the team that he always wanted to be king, but not at the expense of Lion-O’s life. He is determined to get the sword back, so they sneak into the lair. The alarm sounds and the lizard army approaches. Wily Kit uses her flute to lull the lizards to sleep, allowing the Thundercats to pass them by. They approach the main room and see that Mumm-Ra, Slithe, Addicus and Kaynar are standing around the Sword of Omens. Mumm-Ra is chanting a spell to have the Eye of Thundera removed. Tygra, despite realizing they are severely outnumbered, orders the team to attack. They are quickly subdued and thrown into a cell.

Back in the spirit realm, Lion-O enters the final trial. The trial mimics the opening episode of the show, where Lion-O must race Tygra to the top of the tree to ring the bell. As was the case before, Lion-O simply cannot beat Tygra and continually gets knocked from the tree and eventually loses. Tygra hands Lion-O a completely different key. The key takes him back to Jaga, who informs him that he has lost. Jaga also inform Lion-O that the Thundercats have been captured and will be killed. Lion-O begs for a chance to help them, offering his soul in exchange for a chance. Jaga tells him he has until sunrise, at which point his soul will be sent to Limbo for all eternity.

Lion-O awakens at the bottom of the river and blasts the rocks off with the spirit stone. He sees a bird creature and uses that to fly to the top of the hill. He sees Wily Kit’s drawing, and follows them to Mumm-Ra’s lair. Once inside he approaches Slithe, Addicus and Kaynar. He tricks them into following him into a cell. Lion-O fights past them and locks them in. He then goes and frees th other cats, who are all shocked (naturally). Lion-O, with his newly learned skills (thanks to the trials) and the rest of the team with a new found perspective on Lion-O’s leadership, attack Mum-Ra. Refocused, the cats get the upper hand as Lion-O faces off against Mumm-Ra, who transforms into the Ever Living Mumm-Ra. Lion-O uses his patience and eventually gains control of the sword driving Mumm-Ra back. As Mumm-Ra escapes, more lizards show up and the team retreats from the lair.

Outside, as Lion-O is about to explain what happened, Jaga appears and explains to them that Lion-O sacrificed his soul to save them…The ultimate sacrifice. He then informs Lion-O that his selfless sacrifice has earned him a second lease on life. And the cats are now even more curious as to what happened.

Review
This episode, thankfully, moved the team and the story forward. It corrected some of the mistakes from the last two episodes, and allowed Lion-O to truly shine. Even though he couldn’t beat the spirit Tygra, he learned that the trials were about more than beating them. It was about learning how to be a leader and a king. He then used this knowledge in the battle to save his team.

Also, it was nice to see them move Tygra forward. Instead of being smug in the fact that he is king, he reflects on how tough the decisions Lion-O had to make were. I really hope that this is a continuing theme and the writers have the two begin to work together instead of fighting all the time. If the writers can use this episode as a jumping off point, we can get back to a strong story build as the team can start function as a unit instead of pulling in different directions and boring the pants off the audience.

On a side note, special nods should be given to the animation this episode. The animators did a really fantastic job on this weeks episode.

Bottom Line
The best episode since the return of the show. The story is really moved forward, the writers focused on making the characters stronger and the animation was superb. If they use the momentum that builds here, we could be in for some great upcoming episodes. 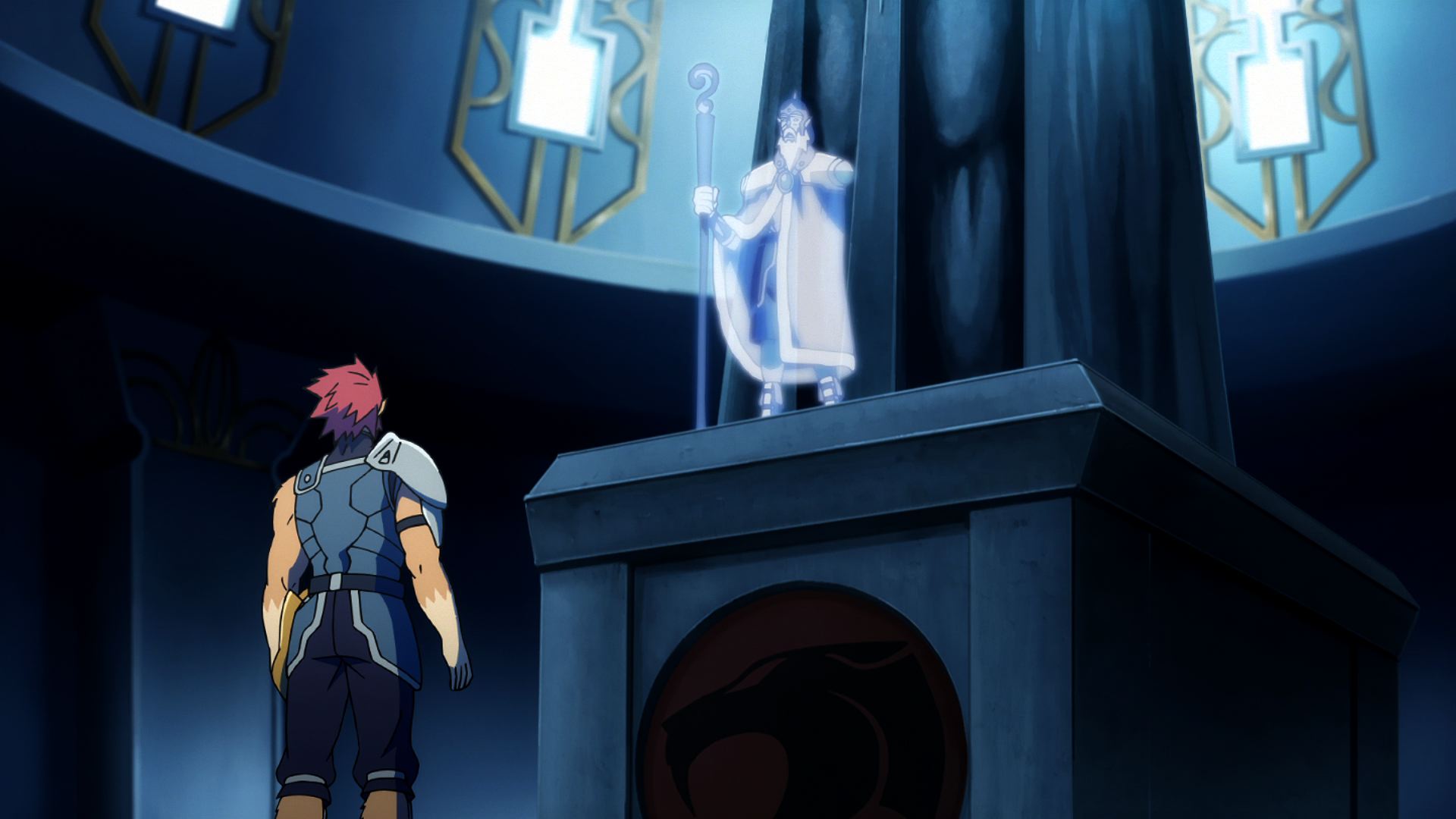