Lion-O and Tygra wander through a snow filled canyon searching for a shortcut through. Eventually they stumble upon a cave. The cave leads the duo to discover the tiger clan that Tygra is from. Initially excited, the two learn a dark, dark secret about why Tygra was sent away and why he cannot rejoin the clan.

Read on to check out our review of Thundercats Episode 17: Native Son. The Story
Lion-O and Tygra venture away from the crew in search of a shortcut through a snow filled landscape. After a bit of brotherly rough housing, an avalanche comes down upon them. After the chaos clears, the two discover a hidden entrance to a cave. As they venture in, they are confronted by a group of tigers. The tigers realize that Tygra is a lost member of their clan, and hurry the two into the main chamber. There, we meet Tygra’s father, Javon. During the conversation, we are shown a series of flashback’s.

The flashback’s show Claudus and his wife wishing for a child. Suddenly, Tygra arrives, as a baby, to Thundera via a balloon. Claudus and the queen quickly adopt the cub as their own and begin grooing him to take over the kingdom. We are then shown the moment when Tygra finds out that the Queen is pregnant. We get a tender, but sad moment, where the Queen refrains from calling Tygra her little “Prince”, revealing that Tygra is no longer in line for the throne. And the final flashback shows the Queen dying in labor.

As Tygra feels a moment of relief the he has found his people, Javon warns him that they must leave. The cave is apparently cursed and the tigers all leave. Tygra, angered soon finds out why they warned him to leave. Lion-O and his brother are attacked by a large group of creatures. As they flee the cave, the block the exit. The next morning, Lion-O notices that there are no tracks to or from the cave. He also noticed no food for the tigers to sustain their lives. He brings these concerns to Tygra, who thinks Lion-O is attempting to sabotage his chance at learning who he is. Tygra storms off in anger. Lion-O, convinced that something is amiss, uses his Sight Beyond Sight. There he finds out that the tigers ARE the monsters. As Lion-O exclaims his shock, Javon approaches. He tells the tale of what happened to the Tiger’s.

After the uprising by the animals against Mumm-Ra, the tiger’s decided to side with Mumm-Ra instead of the rest of the animals. This caused them to be shunned by the other cat clans. They took refuge in these snowy mountains, but began to succumb to disease. While Javon wanted to seek help from the Thundercats, he is talked into requesting help from the Ancient Spirits (of evil?) by his friend Caspin. They grant his request, but on the condition that his infant son, Tygra, is killed. They foresee that Tygra will become a powerful enemy to the Ancient Spirits. They tell him “One life for many” and reveal the blade with which he is to use. He reluctantly agrees. Javon takes the blade and the next morning he heads to the cliff to kill the child. But instead, he places him into a balloon and sends him off into the sky, in the hopes he will escape the curse. When the Ancient Spirits discover that he has broken the bargain, they curse them to become the monsters every night. He begs Lion-O to keep this from Tygra and to leave before nightfall.

When Tygra confronts his father, in an attempt to mend old wounds, Javon lashes out at him. He berates Tygra in the hopes of inflicting enough emotional pain to force him to leave. His ploy works and Tygra grabs Lion-O and tells them they are leaving. As they begin their exit, they are attacked by a group of tigers, lead by Caspin, hoping to kill Tygra to break the curse. Before they can do much damage, Javon attacks and fatally wounds Caspin. Javon tells Tygra what is happening, but before he can continue, the tigers begin to change into the creatures and they attack Lion-O and Tygra.The creatures get the upper hand and the Javon creature attacks Tyra. Tygra, wanting to let his father know that he understands, exclaims his forgiveness for what has transpired. The forgiveness breaks the curse. An act of humility has broken a curse born out of pride. Tygra wants to stay, but Javon reveals that he cannot. The curse was what had kept them alive. With the curse broken, their spirits can now pass into the afterlife peacefully. Before disappearing, Javon tells Tygra how proud he is of him and that he will be watching him from above.

Tygra, upset exclaims the he feels doomed to lose the things he loves most. Lion-O comforts him by saying he will not lose his brother. The two venture back out into the cold, in hopes of finding the shortcut they had been searching for.

Review
This is exactly the type of episode this show needed after the “Trials” episodes. It’s a quick, contained story that fills in a ton of blanks from one of the characters’ past. We not only have a better understanding of Tygra’s constant state of mind, but get to see a different side to him. The flashbacks pull some great emotional strings, and the writers do a great job of having us truly sympathize with a character who has, for the better part of the series, been kind of a dick. It’s good to see them let he character grow and the brothers a chance to bond and support each other.

By the end of the episode, it really felt that the two were finally able to see eye to eye, and that heir bond has a chance to be stronger as the series progresses. The writers seem to work best when there are fewer characters struggling for screen time. This week, by having only Tygra and Lion-O from the main cast, and no comic relief at all, we get the strongest story of “season 1 part 2” .

Bottom Line
Strong writing, an interesting story and some nice character growth give us a really enjoyable episode. It also doesn’t hurt that we’re given some nice juicy back story bits that help us understand Tygra’s emotional state. More episodes of this nature will really serve the story well. 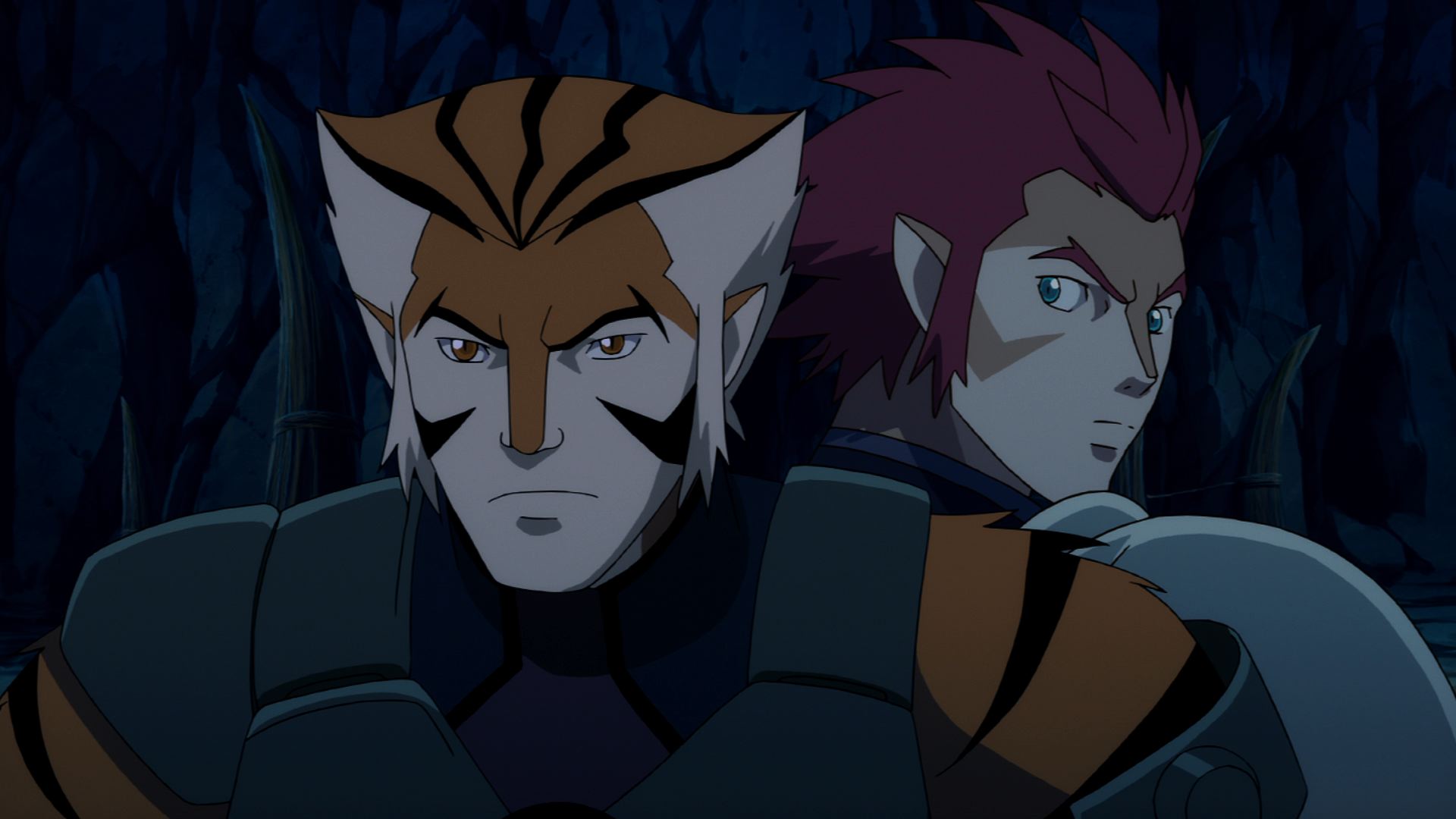