Wily Kit and Wily Kat are given a chance to shine this week as we learn the history of these two characters. Thsi week the overall story arc takes a back seat to character development and life lessons.

Read on to check out our review of Thundercats Episode 18: Survival of the Fittest. The Story
While Lion-O and Tygra were off with the tiger clan adventure, the rest of the crew is keeping an eye on the Thundertank. The twins are looking for some stashed food, but it appears Snarf beat them to the goodies. Panthro and Cheetara decide to use this as an opportunity to teach these two how to survive on their own. Never mind the fact that they were street cats surviving in the slums of Thundera, and are the only other cats (so far) to survive the decimation of the entire race.

They decide to make it a contest of boys versus girls. The one who comes back with the most “meat” wins and the losers cook dinner. the two teams head off in opposite directions. Panthro aims to teach Wily Kat how to track their prey. Wily Kat uses this chance to tell the story of how the twins became orphans.

The Wily kittens lived on a farm with their parents and two other, younger siblings. Their father is a had working farmer who tells them tales of El Dara. When enjoying a happy lunch, an impromptu tornado comes upon them and the family races for shelter. When a fallen tree blocks their path, the father helps the kittens over it. As they make it back to the storm shelter, the entire family watches as the father is swept away by the tornado.

Back in present day, Panthro has set up a trap for their meal. As the creature makes its way towards the set up, Wily Kat has second thoughts about killing and eating a “cute” creature. As the creature is about to spring the contraption, Wily Kat scares it away. Panthro begins to chase after his meal and is immediately caught in the trap. The girls are running a similar scheme. Cheetara teaches Wily Kit how to mask their scent by using foul smelling plants. The duo are stalking a similar creature the the guys. Like her brother, Wily Kit is having serious doubts and we get another flashback.

The twins’ mother is doing her best to provide fro the kids, who are all too young to help in a meaningful way. So after they are all put to bed, the twins decide to sneak off to Thundera. There they hope to find someone who can lead them to El Dara. In Thundera, they find things are tough. They try begging for money, but no one pays them any attention. When a hurried passerby drops a bag of money, the twins attempt to return the bag. The stranger calls them thieves and begins chasing them. They manage to escape and hide in an alley. Being hungry and without money, the two decide they must resort to stealing their food if they hope to find the lost city.

Back at the present, the girls are huddled in a tree, stalking their supposed meal. Wily Kit, not wanting to kill the creature, shakes the branch causing Cheetara to fall into the stinky plants. Just then, they see and hear something ominous. It turns out to be the boys. Panthro and cheetara, ticked at the supposed carelessness of the kids, leave them out on their own, with instructions to come back with food or spend the night outside by themselves. The kittens begin to stalk the creature again, and as they finally decide to attack, they see the two creatures are parents to a litter. Knowing they cannot kill and rob these little critters of their parents, they decide not to do it. Suddenly a very large creature jumps out and begins chasing the creatures about. The twins decide to spring into action, fighting off the beast. Wily Kit uses her flute to lull the beast to sleep. The grateful creatures lead the twins to an opening in the woods. There they find a huge supply of fruit/vegetables and take it back to the tank. Panthro and Cheetara, at first disappointed, realize the meal is actually quite good.

The Review
After last weeks stellar episode, I suppose a letdown was inevitable. Like the beginning of the series, the writers like to go off on the long, abstract tangent episodes that do little to add anything of real substance to the show. We finally get the back story to the Wily Twins. And while touching, I can’t help but feel disappointed in the whole thing. It felt rushed and out of place with the episode setup. On the whole, the entire episode felt forced and unnecessary. The present day events were supposed to come off as important lessons for the twins, but the writers treat Panthro and Cheetara as morons who forget that these cats survived in the slums as well as the attack on Thundera. Not to mention it felt like they were setting up a connection between the lesson learned in the back story and the present, but those connections never materialized in any meaningful ways.

Bottom Line
Out of place, unnecessary and not very interesting. Thundercats takes a stumble this week. Hopefully the writers, now having these back stories out of their systems, can refocus the narrative a bit ad get these guys back on track to finding the next stone. 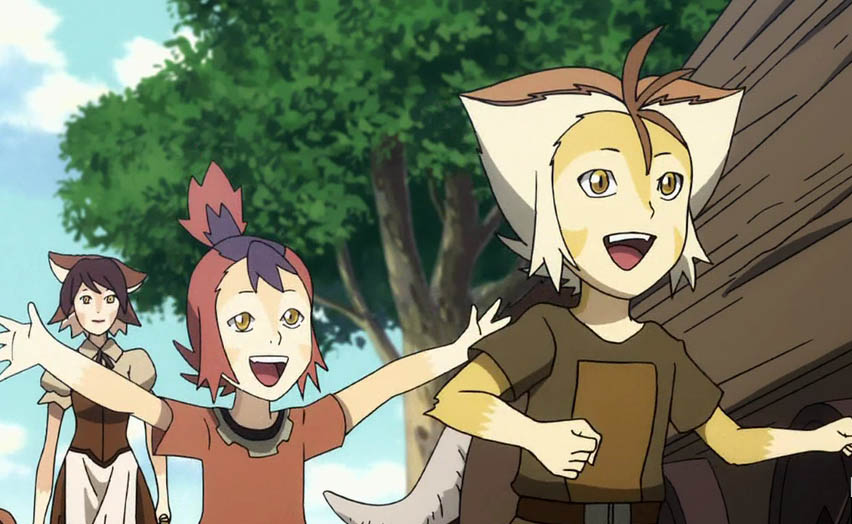