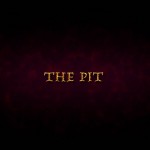 Read on to check out all of the HD caps for the week.