The Thundercats come upon a colony of dogs. They find that a cat, working as a slave warrior in “The Pit”, survived the attack on Thundera. While Lion-O attempts to free her, he learns that he may not be the savior he hoped to be.

Read on to find out more about the introduction of Pumyra in our review of Thundercats Episode 19: The Pit. The Story
So, when last we left the Thundercats, the crew was split up and they were on a snowy mountain. At the start of this episode they are riding the Thundertank through the desert. Guess they found that shortcut. Anyway, they come upon a mountainside colony of dogs. Lion-O wants to use the colony to stock up on supplies, but Panthro seems to be familiar with the colony. He warns them it would be best to get in and out as quickly and quietly as possible. Wily Kit and Kat run off to cause some light hearted trouble, and Lion-O sends Snarf to watch over them.

Lion-O comes upon a flyer featuring a cat. Lion-O and the team are shocked as they had assumed all the cats were killed during the lizard attack on Thundera. They enter a large arena…The Pit. There they see two dogs battling a giant “robot” called Gormax, who makes quick work of the dogs warriors. Lion-O asks one of the patrons who is in charge, and he is pointed to a tower hovering over The Pit. Lion-O and crew enter the tower and approach the leader; Dobo. Lion-O demands to know about the cat from the flyer. Dobo informs them that the cat, Pumyra, is his property. As Lion-O is about to start trouble, he is interrupted by Panthro, who seems to have a past with Dobo. They pull a total “Han and Lando” moment, first feigning hatred, but quickly turning into a reunion of sorts. The cats then watch as Pumyra enters the arena to take on Gormax.

Back in the slums of the colony, the Wily Twins are enjoying a meal, and they see a familiar site. A pickpocket working his way through the crowd. The raccoon, Tookit, approaches the kittens and begins his spiel. The kittens cut him off, informing him they know every trick and he apologizes and leaves them to their meal. That is until the kittens realize they have been robbed.

Back at The Pit, Pumyra effortlessly takes down Gormax. Lion-O demands her freedom. Dobo warns him not to interfere. Obviously, Lion-O cannot leave a fellow cat behind and, later that night, attempts to free her from her prison. Much to his surprise, his presence is not welcomed by Pumyra. Her commotion alerts the guards who take Lion-O into custody and throw him into a cell. Dobo takes the Sword of Omens and the claw shield. The next morning he hands the items to Panthro. Informing him that Lion-O attempted to free Pumyra, making a snide remark about loyalty and informs them that Pumyra will face Lion-O in The Pit. We are then treated to a flashback, where we find out that Panthro was once a prisoner here along with Dobo. The two were normally paired together in The Pit and were unstoppable. Until we learn that Panthro escaped, leaving Dobo behind to fend for himself.

Back in the slums, the kittens try to get their stuff back. Tookit puts them up to some shenanigans. Tells them that he is a klepto-voyant. This is his special ability to use his stolen items to his advantage or to help in situations without realizing it before hand.

Back at the cell, Lion-O attempts to reason with Pumyra. But he finds out her hatred is deep rooted and very personal. She tells Lion-O that other cats survived the lizard attack. But, with Lion-O and his team abandoning Thundera, they were rounded up by the lizards and Mumm-Ra and are now being used as slaves. They had hoped that Lion-O would return to save them all, but she witnessed too many deaths before her escape and blames Lion-O for it all. At The Pit, Lion-O and Pumyra face off. She begins a relentless attack, while Lion-O refuses to fight back.

The kittens, back in the slums, are making quick work of getting the items requested by Tookit. Before they can celebrate, the ones they robbed come after them and give chase through the village. Yada, yada, yada, they get away, learn about klepto-voyance and realize they’ve been had.

At The Pit, Pumyra continues her assault, with Lion-O refusing to fight back. He tells her he will not fight a fellow cat.She keeps attacking, while he keeps getting back up. Panthro and Dobo share an angry exchange. but Panthro explains why he fled. He and Dobo were scheduled to a fight to the death. And Panthro reveals that it wasn’t the fear of the fight, but the fear of having to possibly kill his friend was what drove him away. As Pumyra is about to strike the death blow, her anger subsides. She realizes he is willing to die to prove his loyalty to the Thundercats. She relents and tells Dobo she will not kill her king. At first, Dobo tells them that the punishment for disobedience is death. But the duo has won the crowd over and the chant for their freedom and Dobo complies. Lion_o asks about the other cats Pumyra had mentioned. She tells them they are being held at the nearby mountain of Plun-Darr!

Review
A much better, though still uneven, outing than last week. The stuff with the main crew, Dobo and Pumyra was fantastic. There was great tension built up, a very believable motive for her hatred and some great restraint showed with Lion-O. The stuff with the Wily Kittens, though, was pretty awful. I get that their part was there for the kiddies to have something to break the tension, but it felt out of place in this episode. Their interludes would immediately kill any momentum being built up by the main story.

But the introduction of a new character, one who should remain a part of the team, is a welcome development. Pumyra was given a fantastic introduction, was shown to be a great warrior, and will hopefully signal an end of the “love triangle” aspect of the show. The revelation of Mount Pun-Darr was also a nice touch. The less said about the twins adventure, the better.

Bottom Line
The main story of the episode was enough to overpower the weak and unnecessary twins side story. The crew have added a, potentially, great new character and set up the next leg of the story. Plus it also washes the bad tase of last weeks episode out of your mouth. 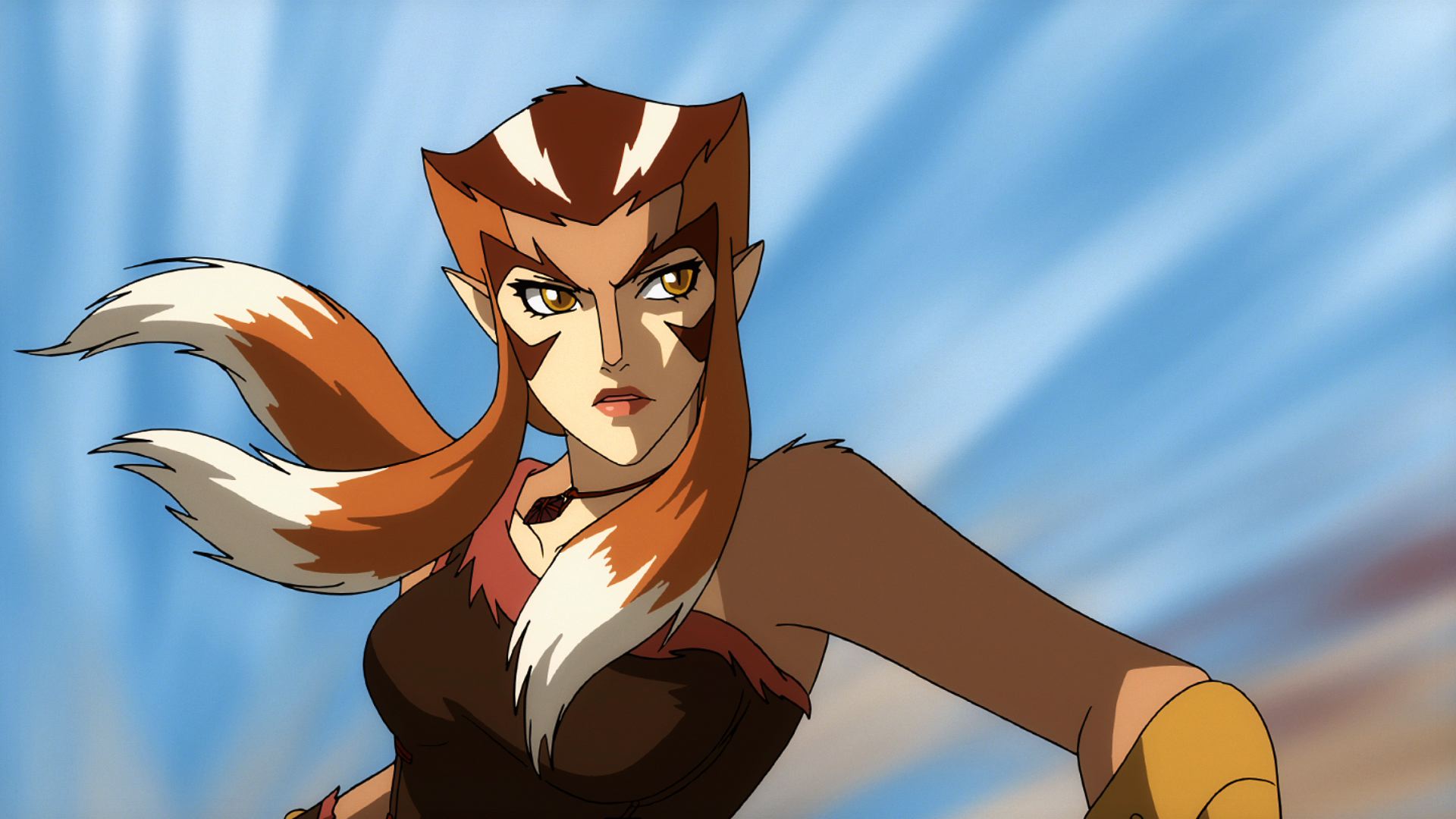