If you missed it, check out over 170 high definition screen captures from the episode Here. The Story
With the cats surrounded, Pumyra suggests the team split up. Lion-O agrees and he and Pumyra take the Sword of Plun-Darr into the caves of Mount Plun-Darr in the hopes of escaping. The rest of the team heads in a different direction to get to the Thundertank.

We get a flashback showing Mumm-Ra, Leo and Panthera. She wonders why Leo refuses to fight to be free from Mumm-Ra and Leo rebuffs her treasonous talk. Mumm-Ra visits with the Ancient Spirits of Evil and is told he must destroy a sun to create the ultimate weapon.

In the caves, Lion-O and Pumyra are attacked by Kaynar and some of the lizards. Overwhelmed Lion-O causes the caves to collapse in on them, while protecting himself and Pumyra with the Sword of Omens.

Leo, Panthera and Mumm-Ra are aboard the bridge of Mumm-Ra’s ship. They approach the star of Plun-Darr. Panthera objects to Mumm-Ra’s decision to destroy the star as billions of intelligent creatures will be killed. Mumm-Ra punishes her. but Leo agrees with her and attempts a more subtle approach to letting Mumm-Ra know. Mumm-Ra informs him that his decision is made and he proceeds with destroying the star. A probe is sent out to retrieve the matter that is created. Mumm-Ra and the Ancient Spirits use a blacksmith to forge a massive sword and claw shield…The Sword of Plun-Darr is born.

Lion-O and Pumyra are attacked by Addicus atop a bridge made of the crystals in the cave. Before he can attack, Lion-O plunges the Sword of Plun-Darr into it, destroying the bridge and sending them all to the depths. Pumyra grabs onto Lion-O who uses the claw shield to shoot out the claw ropes to save them both.Pumyra suggests that she take the Sword of Plun-Darr and that they split up. Lion-O begrudgingly agrees and hands over the sword. Moments after they split up, Pumyra is captured by Mumm-Ra, who now has the sword to himself.

Leo confronts Panthera and says that she was right. He relays to her a plan to form his own weapon from the leftover metals from the creation of the Sword of Plun-Darr. After nearly being caught by Mumm-Ra, Leo sneaks off and has the blacksmith create the Sword of Omens.

Back in the caves, Lion-O and Mumm-Ra fight. Eventually, the Sword of Plun-Darr is knocked away from Mumm-Ra. But Mumm-Ra destroys the crystal that Pumyra is tied to, sending her to the abyss. Lion-O makes a split second decision to save Pumyra, leaving the sword for Mumm-Ra to take. Having saved Pumyra, she finally realizes that he will always put the safety of his people first and she finally accepts him as king and Lord of the Thundercats. They exit the caves and meet up with the rest of the team. Lion-O informs them that Mumm-Ra has the sword and that they have to find the next stone first.

Review
A good, but not great episode. Only a few minor quibbles really, but they hold it back from being one of the best of the season. First the good…The flashback stuff was good to see. adding more to the overall lore of this franchise is a welcome development. showing the birth of the swords was also a nice touch and having the Sword of Plun-Darr being created out of the death of billions makes it a truly evil weapon. It was also nice to have another episode without the comic relief we’ve been seeing. The complete absence of Kit and Kat shows how strong the series can be without their antics.

On the down side, the flashback stuff felt shoehorned into the episode and very rushed. Where as previous flashbacks to this time period were allowed some time to breath, these flashbacks went by too quickly, leaving a lot of unnecessary questions. also, having Pumyra constantly harp on how terrible leader Lion-O is got old really fast. The appearances of Slithe, Kaynar and Addicus were nice, but they had almost “blink and you’ll miss it” appearances. Also, having Kaynar and Addicus beaten so quickly lessens how dangerous they come off.

The episode definitely ended on a strong note though. Mumm-Ra has his sword, the team suffered a brusing defeat after freeing the cats and the race is on to find the next stone.

Bottom Line
Like I said, a good episode. Had the potential to be a more important episode, but felt rushed and lacked polish (story wise). However, we’ve had multiple episodes in a row that fit together nicely, moved the story along and have the two sides set for a showdown by seasons end. 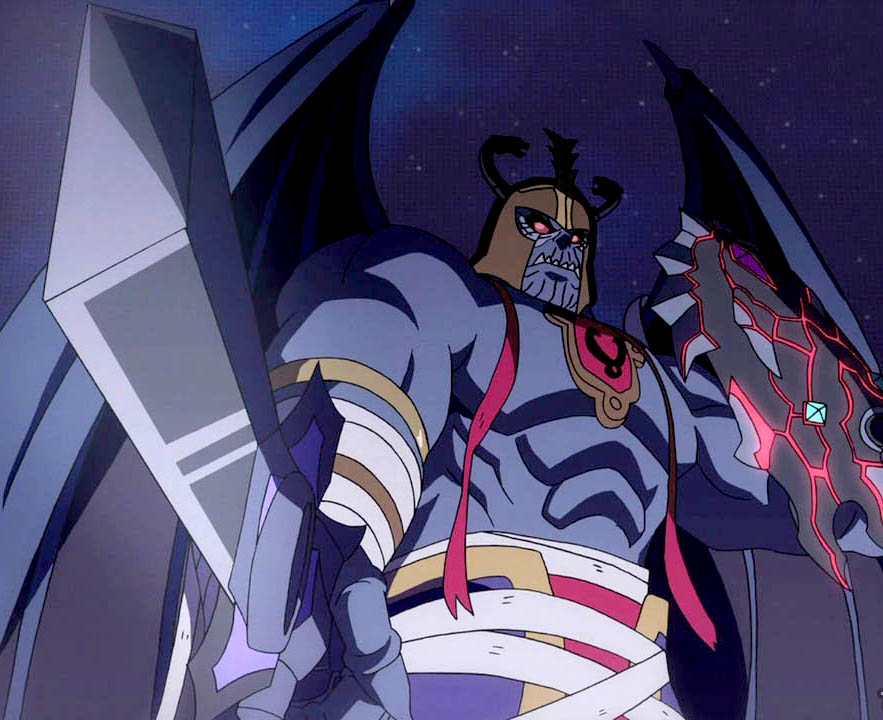