While the main Thundercats crew was attempting to free their people, recover a dangerous weapon and keep it from Mumm-Ra, Wily Kit and Wily Kat were nowhere to be found. So what were the mischievous duo up to? I smell a filler episode!

Read on to check out our review of Thundercats Episode 22: The Forever Bag. Also, if you haven’t already, be sure to take a look at over 150 High Definition Screen Caps For Thundercats Episode 22: The Forever Bag. The Story
This weeks recap will be short and sweet. Wily Kit and Wily Kat have, apparently, spent the last three episodes trying to hunt down Tookit in the dog village. Tookit was still in possession of their items. By chance they are plopped directly in front of each other. Tookit shows them his world hidden in the Forever Bag, which allows him to hide himself and his goodies in the Astral Plane.

Tookit frames the cats for a theft they didn’t commit, forcing them to join him in his thieving ways. We are introduced to three younglings; Albo, Gusto and Jenyo. They go about with their shenanigans, all the while being chased by a dog constable. They constantly elude him by hiding in the Forever Bag. When Wily Kit and Kat realize that they and the three others are trapped in Tookit’s tricky web, they set out to free themselves.

During a heist set up by Tookit, the cats and younglings trick Tookit into taking a fake bag. When Tookit is chased down by the dog constable, he attempts to hide in the fake bag. He is arrested, thrown into prison and the young ones are all free to start over. Tookit, as always, has a plan to escape using a pin he stole earlier in the episode.

Review
Thundercats had built up some fantastic momentum over the past three weeks. The story was coming along nicely, we got some great character development for most of the main cast and some nice confrontations and revelations. This week, the writers decide to halt that momentum with a fairly tedious and boring “kid friendly” romp with the Wily Twins.

The pattern of following the “main story” episodes with “comedy filler” episodes kills the momentum. This entire episode could have easily be condensed down to about 8 – 10 minutes and spread throughout the last three episodes. That way we get these bits in smaller chunks and don’t have to slog through an entire throwaway ep. The Twins, in my opinion, have become the weak link in the show. The writers have run out of ideas for them to be useful, and we now get them thrown into the filler eps on their own.

One thing that was actually cool was a little nod to the history of the Thundercats brand. To get into the forever Bag, you had to recite the words “Rankin Bass”. Long time fans will recognize that name as the group that created the Thundercats back in the 80’s. That was a nice touch in an otherwise slow episode.

Bottom Line
Every single series in existence has at least a few throwaway episodes to act as filler or to add a break in the story. the Forever Bag is definitely one of those. An episode to skip. While not necassarilly a “bad” episode, it’s one where nothing of note really happens other than the Wily Twins getting their items back from Tookit. It’s the letdown after three killer episodes in a row.

The good news is, they have a tendency to follow up these throwaway episodes with pretty fantastic ones. so next week will likely be one to be excited about. 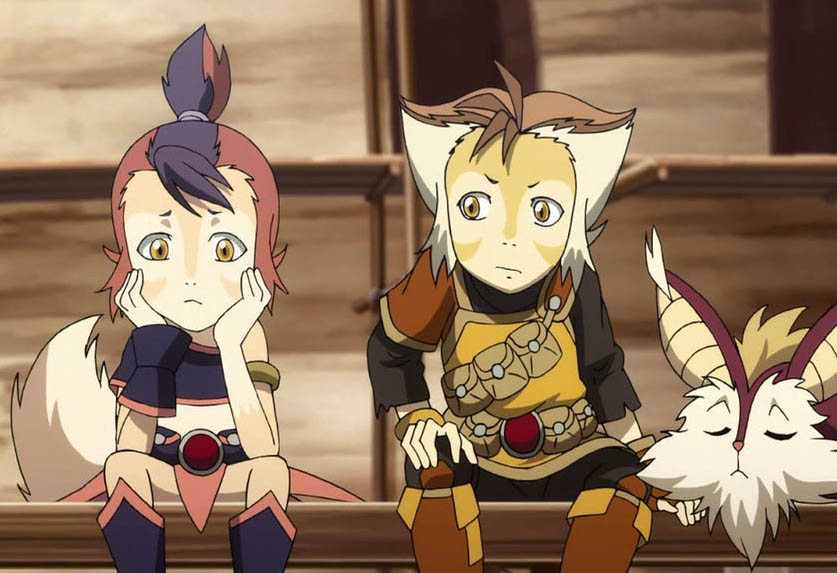