Mumm-Ra uses the Sword of Of Plun-Darr and the Ancient Spirits to transform himself into a deadly and indestructible creature. But a recently acquired elixir may be able to subdue Mumm-Ra and defeat him for good.

Read on to check out our review of Thundercats Episode 23: Recipe For Disaster. The Story
Mumm-Ra uses the newly acquired Sword of Plun-Darr together with the help of the ancient Spirits to resurrect and transform himself into a deadly creature. Meanwhile, the cats are heading back to the dog village to meet up with the Wily Twins. Lion-O is trying extremely hard to impress Pumyra and accidentally squirts her with a flower that makes her face puffy.

Elsewhere on third Earth, an apothecary named Ponzi (yes, that’s his name) is selling miracle elixirs that seem to have disastrous results. Facing an angry mob, he packs up his wares and flees along with his giant caterpillar like creature named Lucy. While riding, he loses a wheel and breaks down. The Thundercats spot the traveler and offer their assistance. Ponzi sees the puffy faced Pumyra and offers his elixir. Lion-O buys it, but Pumyra wants nothing to do with it.

As Ponzi leaves, the Thundercats are attacked by a giant dragon…Mumm-Ra transformed. The dragon proves nearly indestructible. but as Lion-O saves Pumyra from the dragon Mumm-Ra, he is snatched up. as he struggles, the elixir falls and smashes releasing a cloud that immediately knocks the Mumm-Ra dragon unconscious. Realizing they may have found the key to defeating Mumm-Ra for good, they head out to find Ponzi and acquire more of the elixir.

Ponzi sees the approaching Thundertank and assumes they are after him. He speeds up to get away. He heads towards some narrow cliffs and eventually falls off and smashes all of his potions and elixirs. The Thundercats arrive and assure him they mean no harm. they explain their situation to Ponzi. he informs them that they need to acquire the leaves of the last remaining magic tree that he uses to make the elixir. Later that night, Lion-O is stalking, I mean watching, Pumyra as she relaxes. Ponzi sees this and offers Lion-O a love potion. Lion-O puts it into her drink, only to have Tygra inadvertently drink the potion. Tygra is immediately transformed into a super happy and sappy love parody.

When the cats arrive at the tree, Ponzi says he needs all of the remaining leaves so the Thundercats, minus the super emotional Tygra, get to work. Almost immediately after collecting all of the leaves, Lucy proceeds to consume them all. Ponzi berates her and she crawls up the tree. Unsurprisingly the Mumm-Ra dragon begins his attack at that exact moment. Ponzi remember he has a single leaf left and gets to work to try and mix up some elixir while the cats go off to battle, again minus Tygra who’s off being “super happy fun time” Tygra. As they fight, Lucy, who has become a cocoon, falls off the tree to the ground. During battle, Pumyra rewards Lion-O with a smooch on the cheek for his bravery. Ponzi completes his elixir and throws it to Lion-O. Lion-O immediately uses it to no effect.

As Mumm-Ra is about to attack, a giant flying creatures intervenes. It’s a giant Butterfly Lucy. She is infused with the magical properties of the leaves she ate and uses her powers to encase the Mumm-Ra dragon in a crystal tomb she creates. As the crystals collapse, Mumm-Ra emerges, transformed into the crow to flee the scene vowing they haven’t seen the last of him. Ponzi packs up and leaves, and the Thundercats head back towards the Dog Village.

Review
After last weeks slapstick episode, I figured this week would give us a serious story driven episode. Unfortunately, we only partially get that. While the ep focuses on the main crew, it does little to drive the story forward. The writers can’t seem to string a consistent series of episodes that allows the characters to progress naturally. Here Lion-O regresses back to a creepy stalker, Pumyra reverts back to being overly agitated and aggressive after seemingly warming up to Lion-O a few episodes back. The introduction of Ponzi was interesting, but he wound up being a throwaway character who had no lasting effects on the team. Also, the name Ponzi…Really?

The fight scenes were well done though. They continue to allow Lion-O to display bravery in the face of certain doom. Also, having Mumm-Ra be truly formidable and near indestructible added an element of real danger, if only for a minute. The less said about the Tygra stuff, the better. And the episode ultimately amounted to very little. It was a stall to extend the season by an episode before getting to the final set of stories for the season.

Bottom Line
At the end of the episode, the characters are basically left as they started. An odd mix of comedy, a stalker-ish Lion-O and a throw away character introduction amounts to a bland showing this week. Not terrible, but certainly nothing that pumped me up for the last 3 episodes. 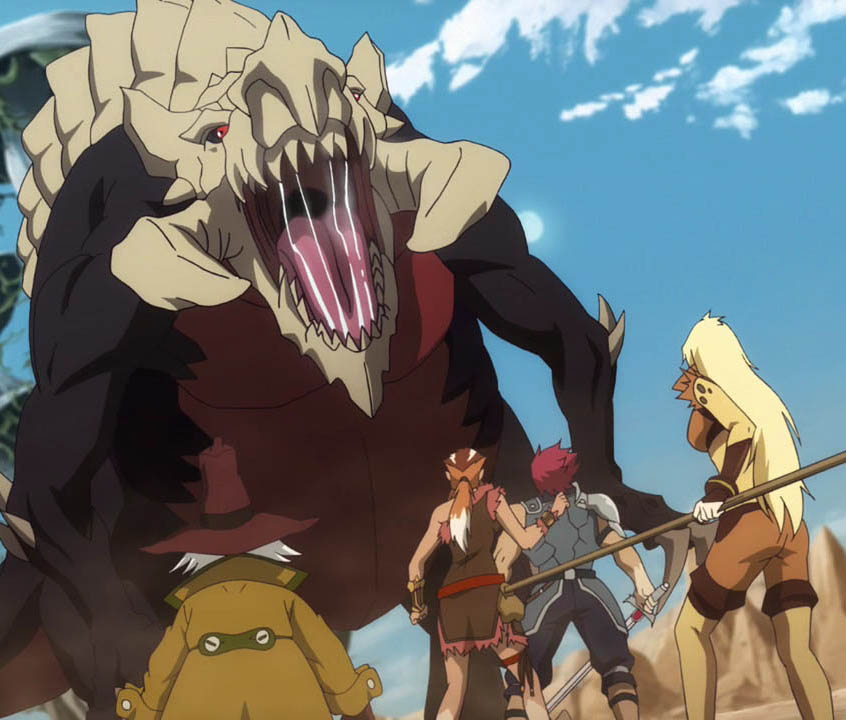