Read on to check out our review of Thundercats Episode 24: The Soul Sever. The Story
The episode opens with a look at a new character, who we will find out is the Soul Sever. He is attempting to take the souls of living creatures and implant them into mechanical bodies. His attempts have not been successful, but the fate of his family hinges on his ability to do this.

The Cats have arrived at the Dog Village to meet up with the Wily Twins. Panthro is working on the Thundertank. There they run into Jorma, the technology junk dealer seen in episode 1. He marvels at the Thundertank and recons he can help them find out why the Book of Omens continues to tell them the next stone is straight up. They head back to his shop. There he tells them of a place that may hold the clues to what they are looking for. They also meet Flicker, Jorma’s mechanical insect friend.

He takes the team to a massive junk yard full of various mechanical bits and pieces. While there, they witness huge piles of metal junk fall from the sky. They are then attacked by a group of robots known as the Necromechs. The robots manage to destroy the Thundertank and steal the Book of Omens.

The Necromechs take the book back to the Soul Sever. When he touches it, he can feel the soul of Jaga inside the book. He believes this is the key to his plan. The cats arrive at his lair and attempt to take the book back. The Soul Sever tells his tale of being turned into a cyborg like creature by the original Necromechs after he begged them to save his dying family from a plague. But they would not help him save his family or to give him the secret to meshing living souls with machines. So he slaughtered them and contained his family’s souls in containers.

Lion-O and the team offer to help, but are shunned. Tygra attempts to retake the book, but the team is quickly beaten and captured. The Soul Sever plans on using them as test subjects with the new process he supposedly learned from the Book of Omens. They are strapped to a table, but Flicker attempts to save them. It frees Lion-O and damages Panthro’s table. But Tygra is not so lucky and his soul is transferred into a mechanical body.

Tygra begins to expand and grow. Panthro breaks free and he and Lion-O attempt to stop Tygra from destroying everything. The Soul Sever thinks he can fix it. Tygra devours the souls of the Soul Severs family. Lion-O realizes an electric charge from Flicker could sever the books ties to Tygras and return his soul. the Soul Sever objects as he family’s souls have no where to go if freed. Lion-O eventually convinces him that it must be done. Flicker zaps the book, destroying himself, and Tygra’s soul is returned and the Soul Sever’s family flies off into the air. He begs the cats to let him grieve in peace. When they leave he picks up the remains of Flicker, as it slowly comes back to life, seemingly giving the Soul Sever a new idea.

Review
We have 3 episodes left of the season (maybe even the series all together) and we are still getting stand alone fluff episodes. The Soul Sever is not a bad episode. But it’s woefully misplaced within the season. Had this been a mid season episode, it would have been more appropriate. But as the anti-penultimate episode of the season…It just doesn’t fit. Ever since the excellent Mount Plun-Darr 3 part story arc, the show has serious backslid into a series of vignettes that don’t quite fit together thematically. So many things hinted at in the previous episodes, that could have set up a series of great build ups to the finale, have simply been left blowing in the wind. The main story has stalled and the characters are being given episodes that portray them as polar opposites of what they’ve been building towards.

As for the episode itself, it was decent enough. The cringe worthy comedy has been left out, so we at least get an episode that focuses on characters. Seeing the design for the robotic Tygra was something to behold and would be an awesome design to have as an action figure. Also, the Soul Sever was actually given a nicely complex character. Not truly good, but not evil, he has the makings to be an uneasy enemy or reluctant ally in the future. His character was the definite bright spot to the episode. But that setup ultimately feels hollow this late in the season. With the show needing to build to a finish, the characters are sidetracked but ultimately meaningless side quests.

Bottom Line
Like I said, not a bad episode, but a mostly pointless one. It felt out of place in terms of how late in the season this story takes place. There are definitely some enjoyable moments. The Soul Sever is an interesting character done in by the need to move past him too quickly to make way for the season finale. 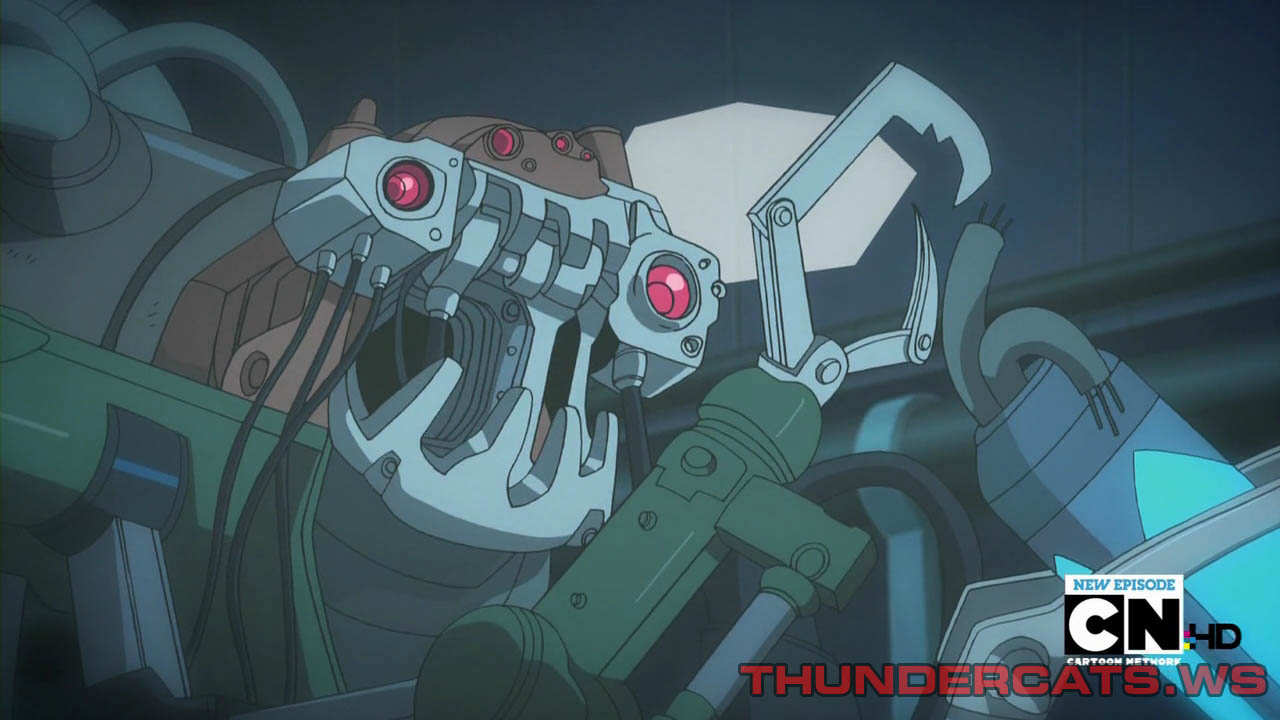