Read on to check out our review of the final episode of Thundercats Season 1…Episode 26: What Lies Above Part 2. The Story
The Thundercats have been trapped by Vultaire as he promises to jettison them from the city via the trash dump. all the while, the Wily Twins have basically been going door to door asking for help from those that Lion-O befriended or helped along the course of the season.

Mumm-Ra’s forces attack. Things go boom! during the melee, Vultaire decides to join forces with Mumm-Ra, shooting Tygra down out of the sky. As the rest of the team fights, Pumyra tells Lion-O that they must protect the Tech Stone. Panthro and cheetara try to hold off Mumm-Ra’s army while Pumyra and Lion-O go to the stone room. There, Mumm-Ra attacks, knocking out Pumyra. During the battle between Lion-O and Mumm-Ra, the Tech Stone is knocked loose.

As the city begins to fall, the Thundercats take care of Vultaire and Kaynar. Then rush back to the stone room to help Lion-O. As Pumyra awakens, the stone rolls to her. As Lion-O pleads for her to toss him the stone, she instead gives it to Mumm-Ra. Mumm-Ra tells a tale of how Pumyra was left to die during the fall of Thundera, witnessing her king leave the city with her dying breath. Sensing her great anger, her soul is revived by the Ancient Spirits and Mumm-Ra and she had been working for him all along.

The rest of the team show up and Mumm-Ra, now fully encased in the Armor of Plun-Darr gets the upper hand. But the Wily Twins show up and unleashes a massive group of Elephants, Dogs, Berbils and more from the mystical bag. The new army forces Mumm-Ra to retreat with Pumyra in hand. Panthro takes control of the cities thrusters to force it to land instead of crashing. On the ground, Wily Kit finds Lion-O sitting along, regretting his choice to trust Pumyra. Kit shows him the good he has done, uniting the various races together for the first time. And the season ends as the team plots for the next stone.

Review
Was there any way for this episode to live up to any expectations? Probably not. In terms of story, this is simply the end of the first chapter of the story. But it’s likely going to serve as the swan song for the entire, very short lived, series. As expected, by not allowing a few episodes to string together as a planned story arc, the finale ultimately felt rushed and left things feeling…Unanswered and unresolved.

Because the need to rush to the finish line is present, a true resolve between the Thundercats and Vultaire is never given a chance to be established. Their story is interrupted and a per-conceieved outcome of Vultaire joining Mumm-Ra’s army is put into place. Not because it makes any logical sense to the story, not because joining Mumm-Ra will save his people or stop the current onslaught, but because Vultureman was evil, so Vultaire has to be evil. But this was meant to be the red herring, as we knew someone was going to betray the Cats based on the episode description.

Vultaire’s betrayal was supposed to let your guard down during the Lion-O vs Mumm-Ra fight. Unfortunately, the whole setup was riddled with cliches, zapping any real meaning from Pumyra’s defection. Not to mention the numerous times in previous episodes where Pumyra had numerous chances to exact her revenge. It didn’t make much sense at all. Then, shoehorning in a flash back nearly killed the episodes momentum. Someone should have simply whacked Mumm-Ra while he was yapping.

Those two very annoying points aside, the episodes had some positives. The air combat between the birds and cats versus the lizards was really fantastic. The aerial combat, and futility of training programs lead to some great stuff. The battle felt truly epic as the sheer amount of fighters was up there with the battle of Thundera in the opening episodes. Also, Lion-O was able to hold his own against Mumm-Ra and the fight itself was a joy to watch. As usual, the animation was top notch.

Bottom Line
Ultimately we were left with a very enjoyable, though equally flawed season finale. If we get another season, then the writers will have a chance to flesh out these happenings, and possibly legitimizing their decisions. But, if this is really the end, then it leaves on a bit of a sour note. 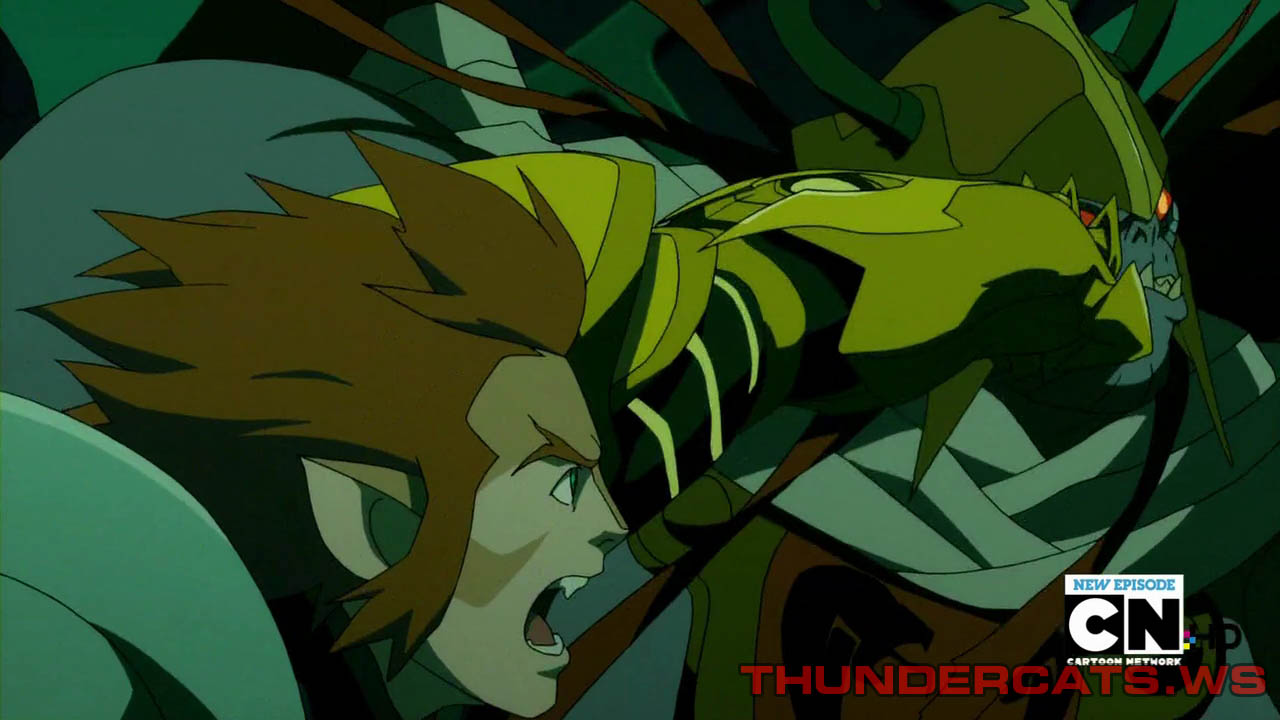