Almost a full year ago, we posted about an interview with modern Thundercats composer Kevin Kliesch. In the interview, he sad that there was a god chance we would see a series soundtrack released. Well, looks like that is finally happening. Amazon.com has a listing for the Thundercats Soundtrack with music by Kevin Kliesch. It has a release date of October 16 and is currently listed at $17.62 and will consist of 2 discs.

(2-CD set) Presenting the dynamic original score soundtrack to the acclaimed 2011-2012 animated television series Thundercats, from Warner Bros. Animation, as seen on Cartoon Network. Composer Kevin Kliesch pulls out all the stops with his thrilling score to this successful reimagining of the classic 80’s TV show. His music bursts with action and teems with powerful emotion, providing much of the series’ heart and soul. This 2-CD SET is packed with sensational tracks from the series’ greatest moments. A must for animation and film/tv music fans! 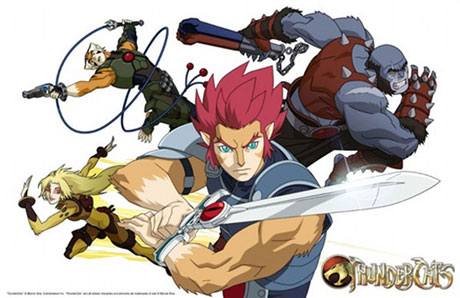