Way back in August 2012, Dan Norton revealed that WB had ceased production on Thundercats and that it would take “years to get it back on tv if we started today.” Most fans moved on since then, with a few still holding out hope that someone, somewhere would get this show to continue. Well that can officially be put to rest.

The Save Thundercats Facebook Group has posted the following bit directly from Dan Norton:

“Guys, I love you. All of you for so much effort that has been spent trying to get TCats back on the air. I’m sorry though, it won’t be coming back. Chima sealed the deal. It’s the end of the road guys. Thank each and every one of you for all of your efforts and support. Maybe, someday, someone can try again.”

So looks like it’s back to the drawing board in the hopes that Warner Bros can someday resurrect this franchise in a successful way. It’s a little twist of the knife to our hearts to have to read this again. But it was fun while it lasted and we’ll all be right here for the next chapter of the franchise and we still have love from companies like Mezco and Icon Heroes. 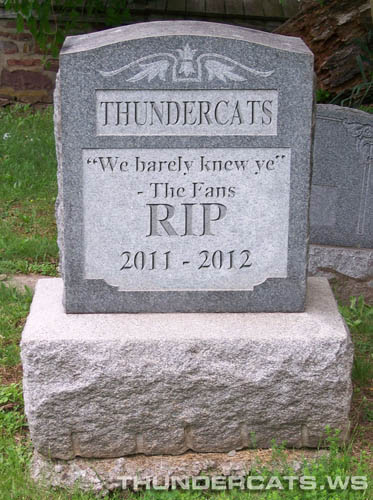